Santiago E-Prix: Di Grassi on pole but under investigation 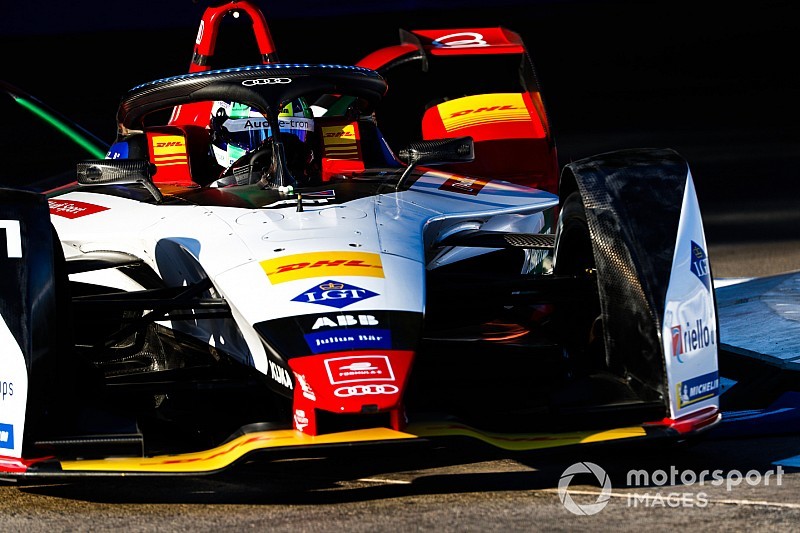 Di Grassi topped Super Pole having run in the second group of the opening phase of qualifying – he is under investigation for an issue in that segment – that left many of the current championship leaders down the grid.

After no drivers from group one set a time good enough for Super Pole, di Grassi logged a 1m08.290s with a mighty lap around the 1.45-mile track set in Santiago’s Park O’Higgins.

He ended up topping Super Pole by 0.526s ahead of Nissan e.dams driver Buemi, which meant di Grassi will take the fourth pole of his FE career pending the outcome of the investigation.

Buemi, who crashed heavily in practice, will start from the top three for the third time in the three races of the 2018/19 season so far.

Pascal Wehrlein topped the group running from the fourth and final pack, but could not repeat his performance in Super Pole and ended up third in just his second FE qualifying.

Daniel Abt finished fourth, 0.668s slower than his Audi teammate.

HWA’s Stoffel Vandoorne made the first Super Pole appearance of his FE career and set the fifth-fastest time.

But the ex-McLaren F1 driver also faces a stewards' investigation after failing to respect the Super Pole procedure by appearing to not make it out of the pitlane in time and passing a red light at the end of the pitlane as a result.

Sam Bird rounded out the top six for Virgin Racing, losing around three tenths with errors at the final two corners.

Edoardo Mortara will start seventh as the highest driver not to make it through to Super Pole, just ahead of Dragon Racing’s Maximilian Gunther, who secured the highest grid spot of his FE career so far with eighth.

Vergne topped the first group to hit the track – the top five in the championship – before all the drivers from group two went faster and he was eventually shuffled down to P13.

Gary Paffett faded from top 10 contention on his 250kW lap in group four with a slow final sector and finished in P17.

Riyadh race winner Antonio Felix da Costa ended up down in 18th place as he also failed to escape from group one.

Tom Dillmann brought up the rear of the field for NIO.