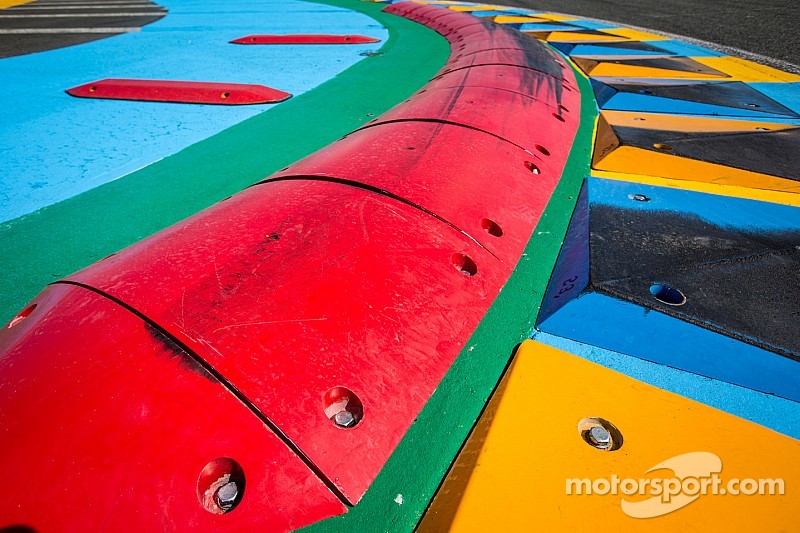 Sausage kerbs have been responsible for a number of violent accidents in recent years, so why do we still have them?

Before making my point, I believe the following incidents that have both taken place within the last month basically tell the whole story, so take a look...

The infamously dubbed 'sausage kerbs' have caused numerous incidents since their implementation and it's only a matter of time before one of this wrecks take a tragic turn. That first wreck was wild but the second ... That was just ridiculous. Imagine how much air that car would have gotten if it was a Formula One.

Their purpose is to stop cars from exceeding track limits, but there's plenty of better options. Heck, gravel/grass or even a wall is a safer option! Other alternatives include semi-collapsible bollards, which are enough to hinder a driver who gets a little too greedy, but also won't send them hurdling through the air. Rumble strips or that net-like meshing aren't incredibly effective as a deterrent, but again, they're still better than sausage kerbs.

The incontrovertible fact of the matter is that there are plenty of other ways to stop drivers from going out of bounds without launching race cars into the sky and putting a driver's life in danger.