Senna relieved to survive war of attrition in Putrajaya 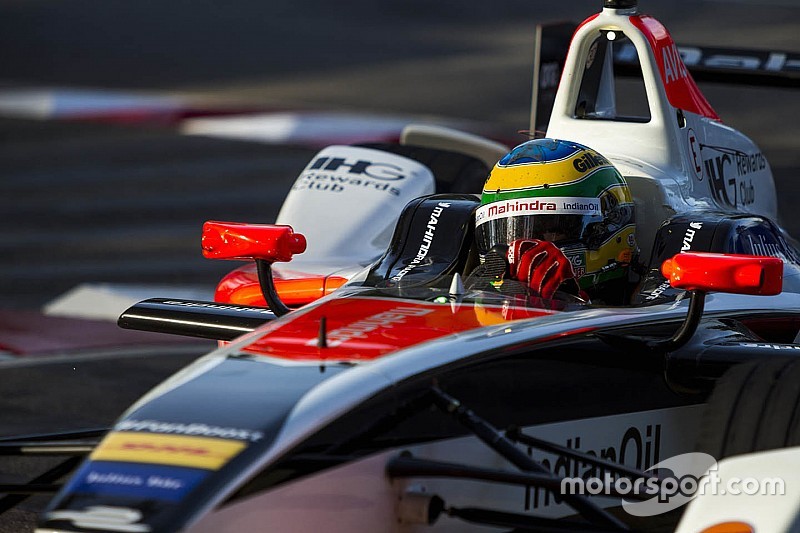 An intense second Formula E race of the season saw the two Mahindra drivers at the bottom of the field at one stage after separate incidents, having to crawl back into points, aided by several issues to rival cars.

Bruno Senna suffered a glitch on his car, and like a few others, he stopped momentarily before got going, costing him places.

"It was a crazy race for all of us," said the Brazilian after the race. "We started well, but the car had a glitch under the safety car which meant I dropped back but from then on we followed our plan and took care of our energy use and battery temperatures.

"The cars around me were struggling with their temperatures and their efficiency so I was able to regain the places quite quickly in the second stint.

"I felt close to a podium, but I am happy to take the points. We could have scored a lot more points for both cars, but it was one of those races which takes so much out of you and the car with the heat and the humidity," he added.

After all the issues at the front, Senna went on to finish fifth and score his first points in the second season, after starting the race from ninth.

His teammate Nick Heidfeld had a troubled start from 11th, getting involved in a collision with Jacques Villeneuve and Jean-Eric Vergne on the first lap.

Further, he was given a drive-through penalty for an early release from the pit,s which was down to a miscommunication due to a radio failure.

"We had a tough race and really had to fight for the points we scored, especially as we had no radio communication in my second car," recalled the German.

"I was spun off the track on the first lap but this is common when you start in the midfield.

"That aside, the main issue we had was not a mechanical one but a man-made one. I got a drive-through penalty for an early release in the pit stop but because we had no radio, I wasn’t sure what kind of penalty I had to serve and a marshal error meant it was more of a stop-and-go penalty.

"Having no radio means you are so limited in what you can do with energy and engine temperature so in many ways we were driving blind. We must be grateful for the points we scored."

Heidfeld finished ninth as Mahindra scored a total of 12 points, moving the Indian-entered squad to third in the teams' standings with 27 points.