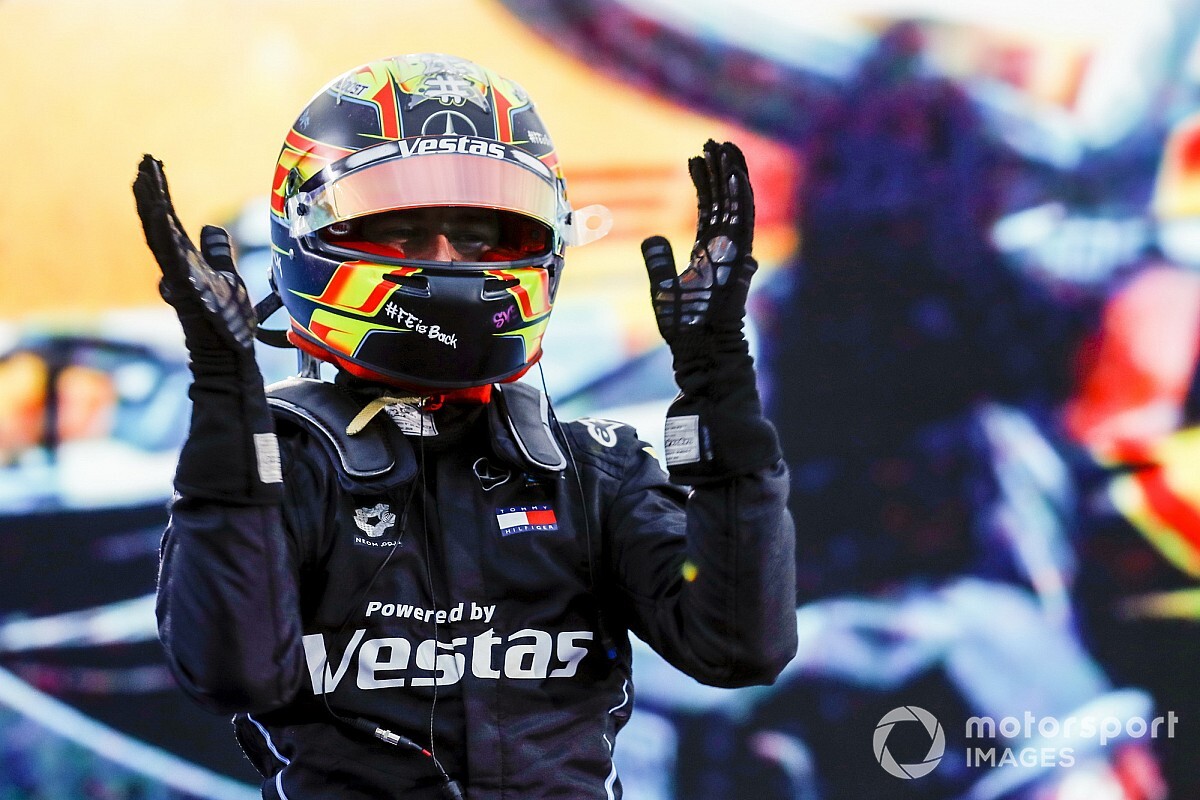 Stoffel Vandoorne has hailed a “near-perfect race” after scoring his and the Mercedes team’s maiden Formula E victory in the final round of the 2019-20 season.

Vandoorne, who will now be on standby for the Mercedes and McLaren Formula 1 teams as a reserve driver for the Spanish Grand Prix this weekend, won comfortably in the sixth FE race at the Tempelhof Airport over his team-mate Nyck de Vries.

Other than moving off line to activate his two 35kW attack mode boosts, polesitter Vandoorne never relinquished the lead on his way to a 1.3s win and in doing so he wrapped up second in the points.

He credited a return to qualifying form – with his previous best starting position for the six-race Berlin finale fourth – having failed to qualify in the top 12 for the other four races.

Vandoorne said: “It's a bit of a dream scenario today. I came to Berlin and struggled a little bit to put the foot down and put a lap together and do the job in qualifying, which was a little bit frustrating because it was always something I was usually quite good in before so I couldn't really pull that off.

“I was quite confident in the race with the recent performances; we've been able to show that we could we achieve a great result. It looked probably straightforward but it was definitely hard work out there. It was a near perfect race”

Mercedes team principal Ian James said that the squad had been in “no man’s land” since Vandoorne’s double podium in the opening double-header of the season in Saudi Arabia.

"We always knew that [FE] was going to be a very complex series to get into," he said. “We saw right from the beginning we had some strong results and then just fell away and really struggled in no man's land for quite a number of races.

“To bring it back at the final race has been fantastic.”

Meanwhile, reigning FIA Formula 2 champion Nyck de Vries added that his first podium in the series felt like a “monkey coming off my back”.

De Vries had been set for third place in Santiago before being dropped to fifth with a five-second time penalty when his team over-cooled the battery on the Silver Arrow 01. This season he qualified for the top-six superpole shootout on seven occasions and in the last race recovered past Audi driver Rene Rast and Sebastien Buemi – running low on useable energy – to finish third

He said: “It’s such a relief. Honestly it feels like a monkey coming off my back. We’ve been so near the podium for many occasions and it wasn’t allowed to happen.

“To do it on the last day here… to drive a race like this is very satisfying. At the end I wasn’t even using all my energy and I was still closing the gap to Stoffel.”

Mercedes ranked fifth in the teams' standings ahead of the five-month coronavirus break but jumped past the ailing BMW Andretti and Jaguar squads to finish third.