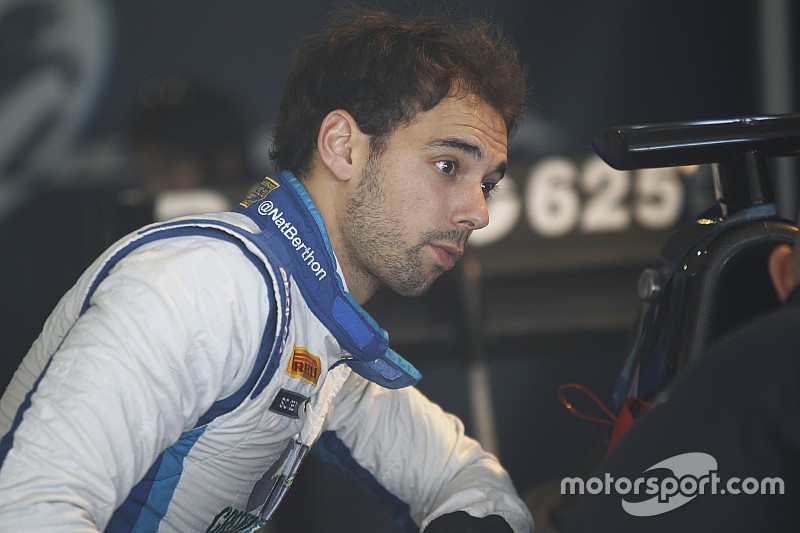 The result of the Beijing ePrix sees Team Aguri occupy eighth in the teams’ standings, and Berthon eighth in the drivers’, with four points.

Neither driver had the qualifying they had hoped for. Felix da Costa lost time overshooting a chicane in car #55, while Berthon suffered some braking issues that hampered his confidence in #77. The end result was that the two drivers lined up P16 and P17, respectively, with plenty to do.

I’m very happy for the team and very happy go home with some points after my first race.

Both avoided trouble at the start, often a feature of the early laps on street circuits. Berthon spent the first half of the contest saving power, enabling him to go a lap further than much of the field during the opening stint. And that would play into the hands of the Frenchman, who had moved up to eighth after the pitstop phase. Despite a recurrence of the braking issues from qualifying, he was able to finish the race in the same position thanks to a largely uneventful run to the flag. Nevertheless, his nine-place gain was the most achieved by any of the field.

Soon after the start, the #55 car was picking up places, Felix da Costa determined to make amends after a difficult qualifying session. He scythed past car after car – including two in one sensational move at the final turn – en route to ninth place just before the pitstop.

It was all for nothing, however, as a technical issue meant he lost power and all the positions he’d gained on his scheduled in-lap. Then, after switching cars, he found the motor map setting on his steering wheel incorrectly positioned and, while remedying the situation, made contact with Jacques Villeneuve just after re-joining. The resulting damage left the Portuguese driver out of the race.

"It’s amazing. If you had offered us eighth at the beginning of the race we’d definitely have taken it. I’m very happy for the team and very happy go home with some points after my first race. The strategy was great but we did have a lot of luck. The level here is very high and you won’t often get that kind of luck in a championship like this. We have a lot of work to do if we want to repeat it at the next race – we had some issues, and the second car really didn’t feel good at all. That said, I have confidence in the team and I’m sure we can move forward from here."

"The first half of the race was really good. I had a lot of fun making some passes and was really good on the energy consumption side. It’s always nice to be told on the radio that you’ve got extra energy to use. Unfortunately, I had a technical issue on the in-lap and had to enter the pits very slowly, which lost me all the positions I’d gained. Then, with the second car, there was a mistake on the steering wheel – the mapping switch wasn’t correctly set. And when I went to set it I found Villeneuve braking in front of me. I’m sorry for the team, and I’m also sorry for Jacques – it was my error. Now we have to bounce back in Malaysia because there was certainly a lot of potential."

Mark Preston, Team Principal: "I’m really pleased to get some points in the first race. Nathanaël did a great job – he didn’t drive like a series debutant. Energy saving is a very key part of this championship and he’s clearly got a talent for it. The strategy was brilliant too, so that’s a huge positive. Unfortunately, Antonio had an accident after a fantastic start, and we had a technical issue that meant he lost positions, too. These things happen, you have to learn from them and move on. There’s no doubt we’ve got work to do but to open with points is really pleasing."

Round two of this season’s Formula E campaign – the Putrajaya ePrix – takes place on November 7.