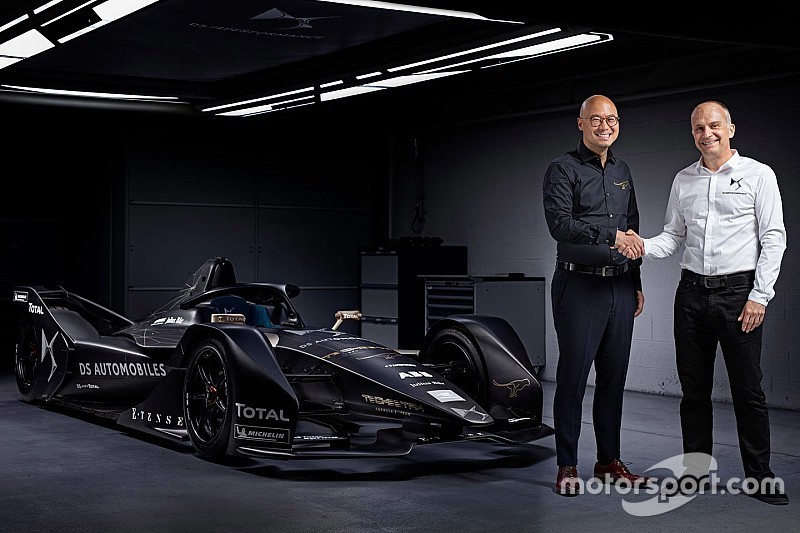 Techeetah has confirmed its long-rumoured partnership with DS Automobiles, with the team becoming a works manufacturer squad ahead of Formula E’s fifth season in 2018/19.

The Chinese team has been a Renault customer outfit for the last two seasons but will now take over from Virgin Racing as the DS works team.

Jean-Eric Vergne, who clinched the 2017/18 drivers’ championship in New York last weekend – where the team lost out to Audi in the fight for the teams’ title – had confirmed Techeetah would receive OEM support for 2019/19 ahead of season four.

“We’ve had some brilliant battles on track this season with DS and we can’t wait to combine the wealth of experience and expertise of arguably two of the best teams in the paddock, as Techeetah becomes a manufacturer team for the first time,” said Techeetah team president Edmund Chu.

“I’d also like to thank Renault for the last two years, they have given us an incredibly reliable powertrain, resulting in our driver, Jean-Eric Vergne winning the drivers’ title and the team almost winning the teams’ championship, only missing out by two points.

“It’s been an incredible feat by the whole team. We’re the small customer team that could take on the giants, a team where anything is possible.

“This is the spirit that we’re taking into our new partnership with DS and we are looking forward to a very competitive time together.

“Everyone in the team is hungry for the challenge and will be working even harder next year to clinch both championships.”

“Our involvement in Formula E is an integral part of DS Automobiles’ commitment to the electrification of our model line-up,” said DS Performance director Xavier Mestelan Pinon.

“The DS E-TENSE FE 19’s development began several months ago with the objective of being in a position to challenge for the top step of the podium from the opening race of the 2018/2019 campaign.

“Our association with Techeetah, who recently celebrated winning the 2017/2018 drivers’ title in addition to coming second in the teams’ standings, is geared towards this target.

“Techeetah has demonstrated their exceptional skill and knowledge in electric street-racing over the last season and we’re looking forward to combining our expertise to create a championship winning team and I am convinced that our two entities will dovetail perfectly.”

A statement announcing the new arrangement explained that “full details of the partnership, including logo, livery, management and driver line up will be revealed October 1 2018.”

It is understood that Vergne and Lotterer will continue with Techeetah for the first season of FE’s Gen2 era.

Virgin, which took Sam Bird to runner-up in the championship this season, released a statement following the Techeetah announcement, and is poised to announce a new partner for 2018/19.

It is understood that it will use Audi’s powertrains as a customer outfit from next season, with the deal being announced in the coming weeks.

“Over our three Formula E seasons together, we have very much enjoyed having DS Automobiles as our partner and all the successes we have achieved, both on and off the track,” read the statement.

“Season five of Formula E brings with it a new era and, as such, we feel the time is right to part ways to allow us to develop in different directions.

“From next season, Virgin Racing – one of the founding and most successful outfits in the series – will become an independent team.

“From the outset, it was always our intention to collaborate with an OEM as Virgin’s core business areas don’t involve the production of automobiles.

“Preparations for season five are well underway and we will shortly be announcing these exciting plans for next season and beyond.

“Until then, we wish to thank everyone at DS Automobiles for their hard work and contribution, and we look forward to seeing them – and all the current Formula E teams – on the start grid for the opening race in Riyadh!” 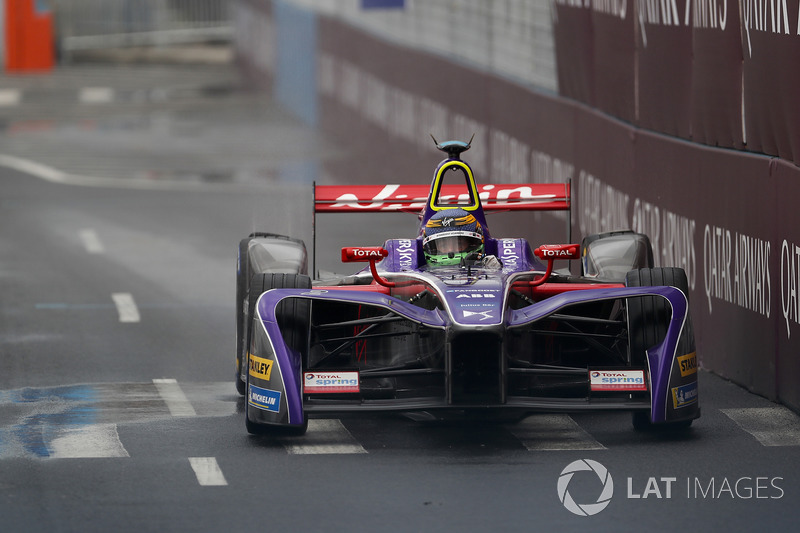