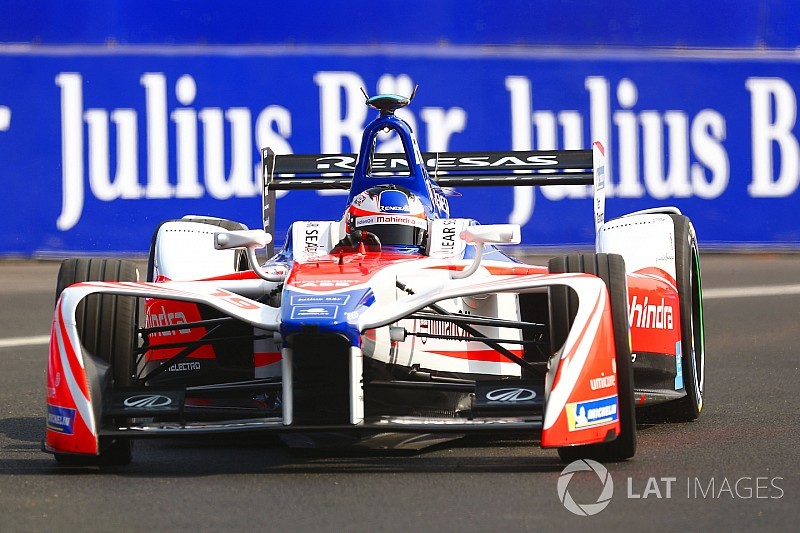 Earlier, Rosenqvist put the M4Electro on pole position by topping qualifying, and with it banking the three bonus points to propel Mahindra back atop the Formula E standings.

The Swede was untouchable in the first phase of the race, too, stretching his advantage to three seconds before a battery issue led to an unscheduled stoppage on lap 14.

He managed to restart the electronics and hop into his second car, but ultimately had to call it quits on lap 34.

Heidfeld, who qualified 10th, was also in contention for points when his race came to a halt on lap 27 - with a water pump failure being the cause of retirement this time.

Following the double retirement, Mahindra has dropped back to second place in the teams’ standings, nine points adrift of Techeetah.

Rosenqvist’s gap to drivers’ championship leader Jean-Eric Vergne has widened to 12 points, while Heidfeld has fallen to 10th in the standings.

Mexico City ePrix: Abt gets first win, disaster for Rosenqvist