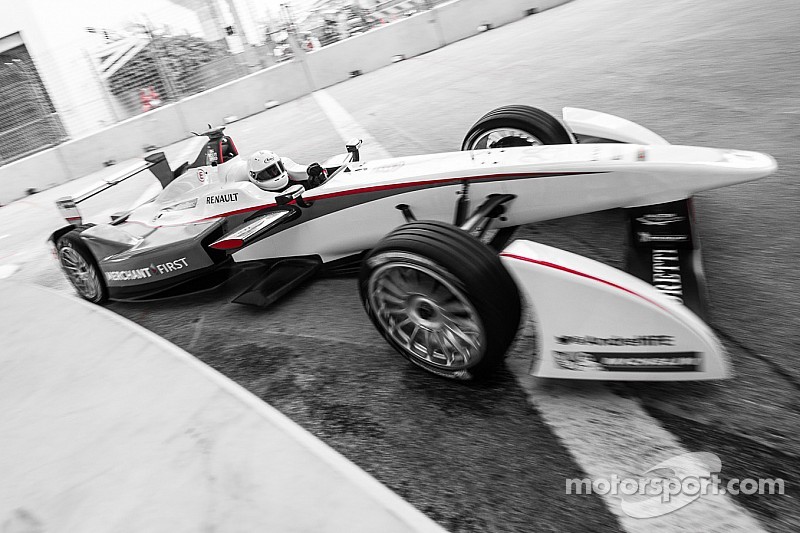 Motorsport.com sat down with Alejandro Agag, the founder of Formula E, in the slightly bizarre (but cool!) surroundings of the Miami Heat basketball court that played host to the world's media last weekend.

No subject was off limits, and he spoke frankly about the revolutionary series' future…

You're recently revealed the eight manufacturers for season two, how satisfying was that?

So that's the good news, but now the hard work begins…

"The difficult part almost now is to achieve the technology and combine that with cost control. So that is really the priority right now. We're going to be very careful with that they're allowed to do, and we're working together obviously with the FIA on that – they make the regulations."

Is it a case of identifying the boxes, where the manufacturers can and can't work?

"Yeah, exactly. You have to control those boxes and know how to police those boxes, then think about other boxes for the future – we have to allow time for them to start planning.

"If you plan, you can control the budget. The problem is when you have to do something in a rush, then the budget shoots up. Planning is essential."

Are you happy if all the cars look the same, visually?

"I think it's fine if they look the same. If we allow tweaks, you immediately get into aerodynamics, and the sky becomes the limit. But the people will know that the batteries and motors are different."

On the financial side you've had a big boost with Liberty Global and Discovery Communications?

"It's very important for a championship to be financially stable. Many championships have started and then gone away. The answer to the question of Formula E: ‘Will you be here in three years, five years?' was until a week ago ‘We hope so'. Now the answer to that question is ‘Definitely, yes'.

"We're really happy with that, because they're great partners. It's just more than an investment, we have strategic and management support. We're having a good run (of news) actually!"

Might that be a deciding factor in a car manufacturer, say, on the fringes actually committing to Formula E?

"Definitely, yes. We already have some big corporations on board, the risk takers right from the beginning, and others are more cautious. They want to see if the championship is a long-term project – now they can see that."

On the subject of next year's calendar, we hear stories that a race in Paris is on, then it might be off, what can you tell us?

"It's actually neither on or off! We are working on it.

"We have an open conversation with Paris and we hope it will end up on a positive note. I'm very optimistic, but it's not done. So I never talk about things until they are done. But…

"It would be great to get Paris on board. An amazing city, a great venue. A lot of electric car industry is based in Paris. It's a city that is working to be more sustainable and cleaner – great for us."

"[smiles] France is a key part of the electric car revolution."

Back to the calendar: would it matter much if the calendar for season two was very similar?

"We've had a great calendar this year, but I don't think next year's will be the same. I think we'll have one or two different ones.

"We don't want to make the calendar too big, too many races. Teams need to get profitable. It's a good number of races, but we might compress the schedule a little more.

"We're looking at starting later, in October, instead of September. And we'll finish in June."