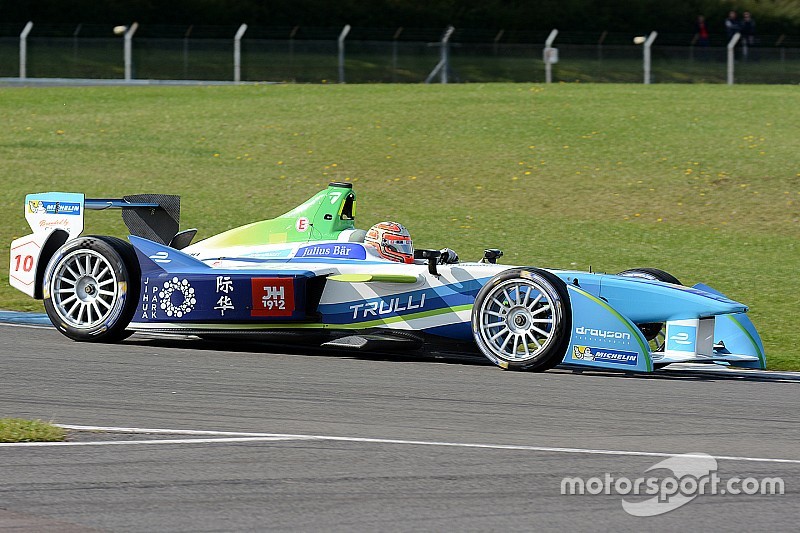 The Trulli Formula E team will not continue in the Formula E championship after a disastrous start to season two.

Confirmation that the team will cease to be an entity in the championship is expected in the coming days.

Motorsport.com can reveal that initial plans for a new temporary entity to take over Trulli's slot until the end of the present season will now not come to fruition.

The demise of Trulli comes after the Italian team failed to get its Motomatica JT-01 to a workable condition during the opening two races and, as the team has decided to give up the struggle with the new powertrain, Formula E has granted its exit from the series.

The Trulli team was unavailable for comment when approached by Motorsport.com this week but is expected to confirm the news shortly.

Formula E Holdings Ltd and the FIA have the right to expel any team from the championship under article 13.7 of the FIA's 2015/16 Formula E sporting regulations.

However, it is believed that this was not formerly acted upon and that after a series of negotiations over the last five weeks, a settlement has been reached for the Trulli Formula E team to cease its activities in the championship.

The demise of Trulli leaves both Vitantonio Liuzzi and Salvador Duran without seats for the second season of Formula E.

Duran, however, is likely to race again in season two at the inaugural Mexico City ePrix in March as Formula E and local promoters are actively helping the Mexican find a berth for his home race.

A new squad, believed to be Jaguar Land Rover, working in conjunction with Williams Advanced Engineering as a key technical partner, recently concluded a long-term agreement with Formula E Holdings Ltd to enter the Championship in season three. An official announcement is set to be made on Tuesday, December 15.