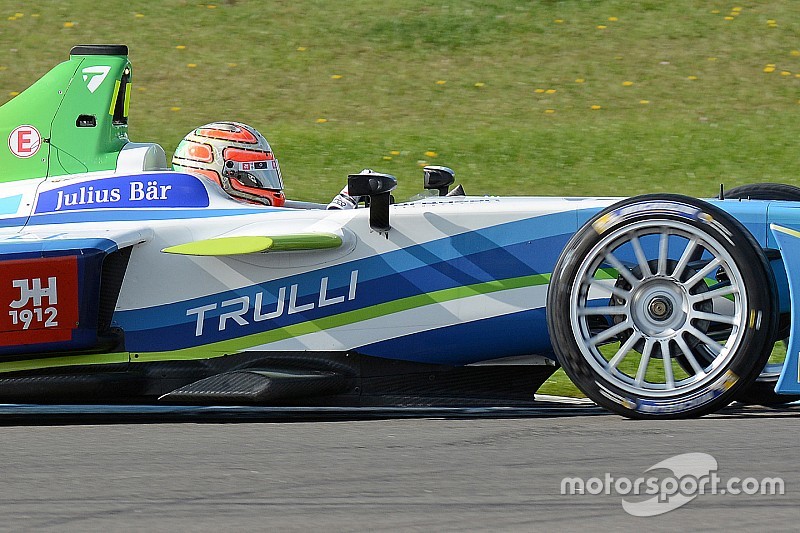 The Trulli Formula E team will not take part in the opening weekend of the Formula E championship after the team's cars were not presented for technical checks at Beijing on Friday.

Delays at Chinese customs are believed to be partially at fault for the Trulli entered cars not take part in the meeting.

The team had completed just a handful of tentative installation laps during the pre-season tests at Donington in August before the Motomatic JT01 was transported with the rest of the grid by train to Beijing.

An official FIA bulletin had earlier stated that: "After hearing the FIA Technical Delegate and Team Representative and receiving an additional letter from DHL Motorsport, the stewards granted a waiver to enter the cars to the race under conditions."

These conditions were initially to seal relevant parts of the car before the team then prepared them for scrutineering at 8am pn Saturday.

However, Motorsport.com understands that the team could not meet that deadline and that a subsequent entry list was published without the Trulli team featuring on it.

“It is a difficult situation but now Malaysia remains our new target and team is working hard to get things together,” Vitantonio Liuzzi told Motorsport.com.

“After Donington we knew it couldn’t be easy. But at the moment we don’t have all the materials to get on track. The package will be quite strong eventually and I think there is some potential ahead of us.”

The team do not have the option to revert to season one technical package, in the same way that the Andretti team did at the end of August.

That possibility ended when the team freighted its cars and equipment to Beijing.

The Trulli squad could face punishment for failing to get its cars prepared in time for the Beijing ePrix.

With the next event at Putrajaya, Malaysia in just two weeks away, the likelihood of Trulli being in competitive shape with their as yet still unproven and track tested powertrain looks slim.

With private testing banned until January, the first three races for Trulli are likely to be little more than test sessions at best.

Although highly unlikely, the Formula E Sporting regulations does have a provision for serious sanction.

Formula E in Beijing: Smalltalk from around the paddock