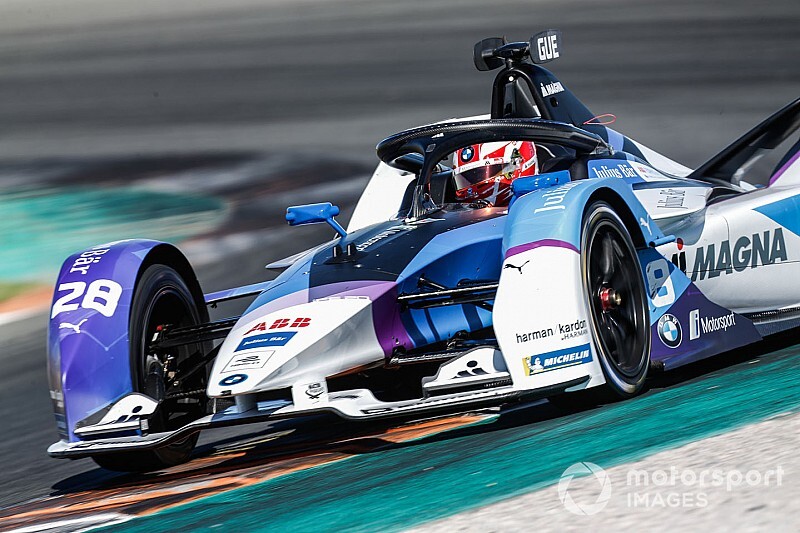 Setting a 1m15.087s lap just after the second hour of running, Gunther beat Pascal Wehrlein’s time from the morning by a tenth.

Gunther then brought an end to the final session by stopping on the exit of the opening chicane with five minutes remaining, after which the session was not restarted.

Track action was sparse immediately after the earlier ‘test race’, but the teams took the opportunity to complete their run plans in the final stages of the afternoon.

An oft-interrupted final hour was then extended after numerous red flag periods; Dragon’s Brendon Hartley triggered the first with 45 minutes remaining, delving into the gravel at the beginning of the second sector.

The second stoppage was courtesy of Mercedes driver Stoffel Vandoorne, who had an accident on the exit of the chicane and ripped off his front-left wheel fairing - prompting a 15 minute extension to the session.

Nico Muller was next to get the chicane wrong, hitting the wall at the exit to prematurely end his week of testing and complete Dragon’s week on a sour note.

Gunther’s stoppage then truncated the session, offering nobody else the opportunity to better his time.

Mitch Evans was second fastest in the afternoon session, bettering his time from the morning by 0.06s to go fifth in the day’s cumulative standings.

Morning pace-setter Wehrlein was second in the overall standings, remaining ahead of Muller and Da Costa. 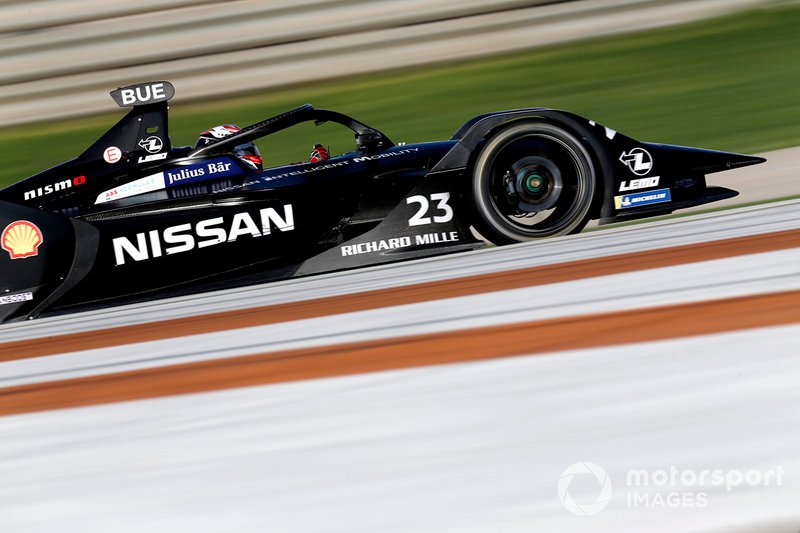 The Nissan e.dams driver made hay on the penultimate lap of the session - run to 30 laps - to overhaul the leading trio of Lotterer, Daniel Abt and Edoardo Mortara, holding station to cross the line first.

Antonio Felix da Costa took an early advantage in the ‘race’ after passing initial leader Lotterer during the first tour of the circuit.

Da Costa then relinquished the lead to Massa on the ninth lap, moments before a lengthy planned full-course yellow was brought out to test out the in-car systems developed for the new useable energy rules under the yellow flag.

Massa was then overtaken by the Envision Virgin Racing pair of Robin Frijns and Sam Bird, who both powered into a commanding lead - Bird later passing Frijns - before the pack was once again compressed during another full-course yellow.

Bird and Frijns retired from the mix a lap after green-flag running resumed, gifting control of the session to Rowland.

Massa then attempted to pass Rowland into the chicane, but hit the wall and brought out a brief caution before he got going once more.

Lotterer, Abt and Mortara then relegated Rowland down the order and battled for the testing bragging rights, before Buemi cruised past on the penultimate lap.

Mortara completed the theoretical top three, while Muller, Vandoorne, Rowland and Evans were all nestled within a second of the Venturi driver.