Robin Frijns topped Wednesday's morning running at the 2019 Formula E pre-season test at Valencia, while Mercedes' Nyck de Vries was one of several drivers to crash at the chicane. 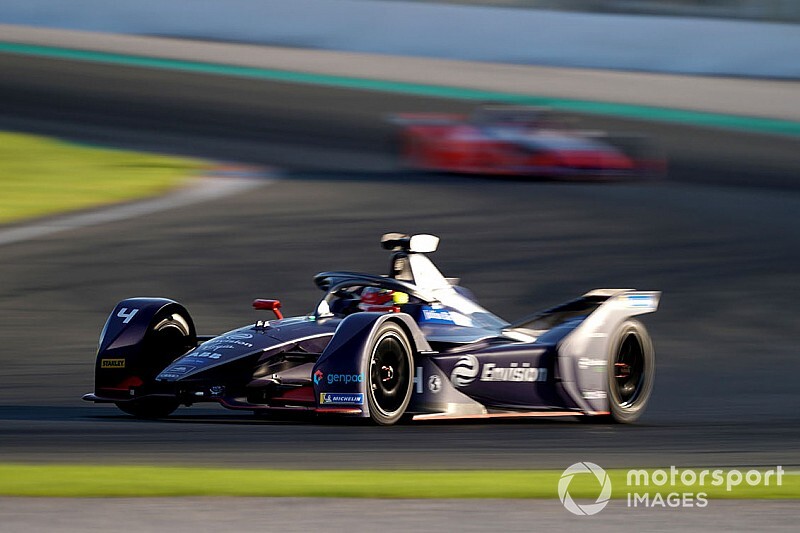 Envision Virgin Racing driver racer Frijns took the top spot towards the end of the morning running on the second day of the test at the Ricardo Tormo track to head the timesheets with a 1m15.377s.

Brendon Hartley was seventh in the second Dragon-run car, with Jaguar's Mitch Evans, Audi racer Lucas di Grassi and Bird rounding out the top 10 on the second morning.

The session featured five red flags, two of which were down to drivers crashing at the re-profiled chicane on the main straight.

The first driver to hit the wall was de Vries, who lost the majority of his running on Tuesday due to a technical issue – which Mercedes is still investigating – causing a blown fuse on his car's battery.

De Vries went into the barrier at the exit of the Turns 1-2-3 chicane just past the halfway mark in Wednesday's first hour of running, breaking the right-front wheel off his car.

He was able to rejoin for the final 15 minutes after repairs, but was limited to 18 laps for the morning and finished 22nd on the timesheets.

He was followed in the barriers a short while later by Porsche's Andre Lotterer – the second such incident for Porsche after Neel Jani crashed at the chicane late on the first morning, which caused enough damage to require the team to change Jani's tub and stop him running on Tuesday afternoon.

Jani was able to do 35 laps on Wednesday morning and ended up 20th in the standings, one place ahead of Lotterer, who did not return to the track after his crash as Porsche repaired his car.

The remaining red flags were all caused by cars coming to a stop on track.

Mahindra Racing's Jerome D'Ambrosio, who was 17th in the morning times, stopped at the pit exit at the start of the final hour, with Venturi's Felipe Massa also coming to a halt in the first sector a little while later.

Audi's Daniel Abt stopped at Turn 5 just before the start of the two-hour lunch break, which ended the morning running a few minutes early.

Abt ended the morning 12th in the times, with Massa 19th.

Wednesday afternoon's running will include a simulation 'race' to allow the teams to fully test the race format systems ahead of the new season.