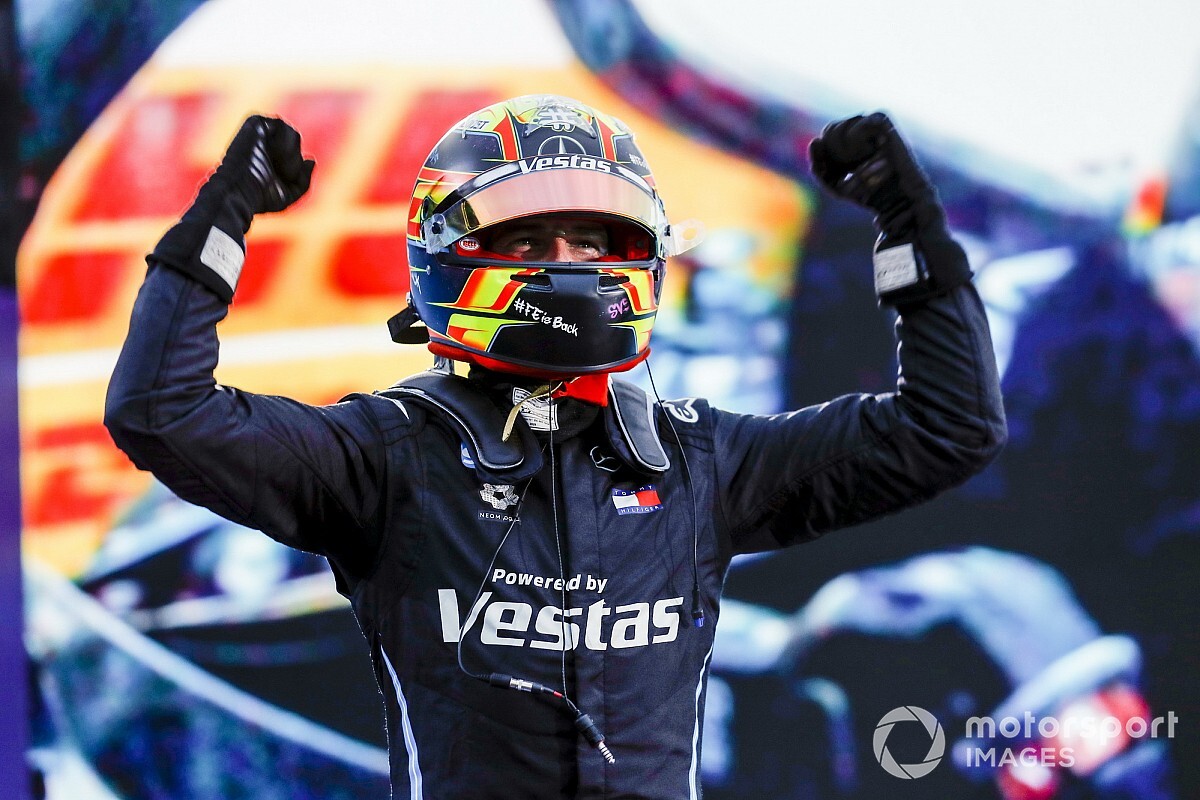 Formula E driver Stoffel Vandoorne hopes his Mercedes team can fight for the championship next season, although he admits DS Techeetah’s consistency will be hard to beat.

Vandoorne climbed up to second place in the 2019/20 season thanks to a breakthrough win in August’s Berlin season finale, which was also the first victory for the works Mercedes FE team.

Vandoorne’s first win since winning a Super Formula race in 2016 came as a relief to the Belgian. He endured a difficult two-year stint with McLaren in F1 before switching to Formula E at the end of 2018, and felt he had a point to prove in the electric series.

“It was definitely a relief because during the whole season we showed really encouraging performances, but we were never really in a position to capitalise on it,” Vandoorne told Motorsport.com.

"Finally on the last day everything came together and we managed to pull it off. My last victory in single-seaters was in 2016, so it was definitely a feeling that I missed a lot.

“In F1 I obviously didn’t have the most successful time there, but I’m still the same driver. I think everyone kind of knows that the circumstances were.

"It was definitely not ideal, but I can't change that anymore. I think [Berlin] still shows I’m capable of doing it.”

Having ticked off its first 1-2 win, Mercedes has set its sights on the championship, although Vandoorne admits DS Techeetah’s runaway champion Antonio Felix da Costa will be hard to beat.

“I think it was a very successful first year and for sure the bar will be raised for next season. We want to do better.

"There is still a fairly big gap to be closed with DS Techeetah, who really dominated the championship this year.

“What we are aiming for is to try and close that gap and to hopefully fight it out with them for the championship in the future.”

Behind Felix da Costa, most Formula E frontrunners struggled to piece together a consistent championship run, which allowed Vandoorne to vault up from ninth to second at the last hurdle.

“It was a bit of a strange season because the only one that really managed to pull off some great results consistently was Antonio,” Vandoorne explained.

"If you look from second to tenth place in the championship, it's just super close.

"It just shows how competitive the championship is. The qualifying format definitely plays a role in that."

"Getting points all the time is still super important. So that's gonna be the challenge for next season."

Mercedes bolstered its FE team with several additions, including former Renault F1 technical director Nick Chester. Vandoorne hopes the new recruits and the team’s experience from its first full year as a manufacturer, following a preparation year with HWA Racelab, can take the programme to the next level.

"There's been a few new people joining our team and Nick Chester is one of them. That’s only positive for us,” he added.

"In Formula E it's really the small details that make a difference, also not forgetting that it was the first year that Mercedes build this powertrain. So hopefully next season we will have a small step forward.

"For Mercedes this is a very important programme as well. They are ambitious to try and win championships, so they're putting a lot of money and effort into it.

"It’s really unpredictable, so it’s hard to tell where we are going to be exactly. The target is to hopefully fight more consistently for victories. And if we can do that, then anything is possible. Hopefully next year we'll be able to fight for the championship."