Vergne: "Something needs to change" in Formula E stewarding 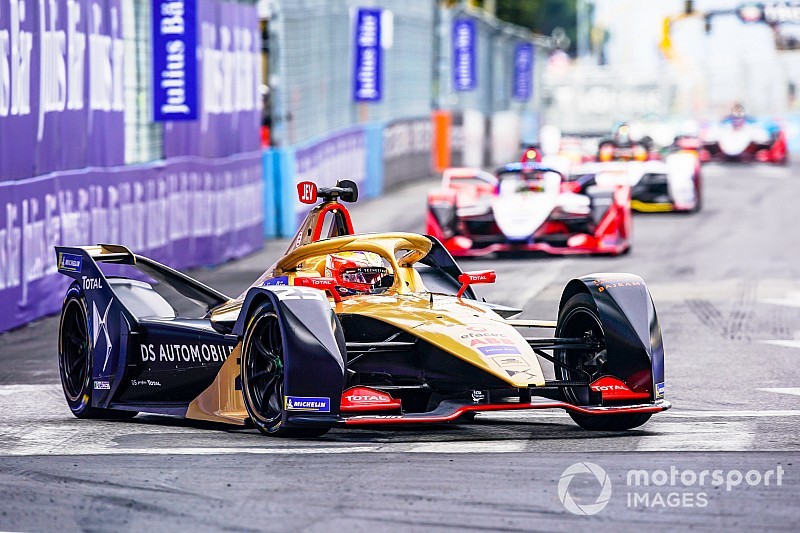 DS Techeetah’s Jean-Eric Vergne says “something needs to change” with the consistency of ABB FIA Formula E full course yellow penalties after he was penalised for an infringement in Rome.

Vergne picked up a drive-through penalty, which was converted into a post-race time penalty, for overtaking Antonio Felix da Costa just as the FCY came into effect at last weekend’s race.

Vergne explained that he moved ahead of da Costa during the countdown to the FCY limit coming into effect as he understood he was allowed to do so following similar moves made on him in Mexico.

“Max [Gunther, who was ahead] slowed down massively so I tried to avoid Antonio and when I was avoiding him, he was very slow so I passed him,” Vergne told Motorsport.com.

“The reason why I have done that is because in Mexico I’ve been overtaken by three cars – in the FCY before the red flag came in [following Nelson Piquet Jr crashing over Vergne’s car].

“I went straight to the stewards and asked ‘Those three guys in front of me are they going to get a penalty?’ and they said ‘No, they don’t have a penalty’.

“Then after the race in Mexico I went to talk to Scot [Elkins], the race director, and said ‘That’s fine, obviously, otherwise the stewards would’ve given a penalty’.

“So therefore that’s what I’ve done today. I agree with the penalty – you should not be able to overtake when the FCY has been pronounced. But since three races ago it was fine, I made the connection.

“I let the team [and] everybody know what I’ve done, and they said ‘It’s fine, you can keep your position’. Then at the end of the race I got that drive-through penalty. So, I don’t understand, where is the consistency in that?

“I talked to the stewards after this race explaining my disagreement, regarding the incident of Mexico – that no penalties were given [there]. And the answer [from a steward] was ‘I was not in Mexico’.”

When asked if permanent FE stewards could solve problems with consistent penalties, Vergne said: “Yeah, for sure, it’s like if you have a new driver at every race.

“The system has been working fine, but this year the championship is so tough, so difficult to judge, the tracks are small, they’re narrow, so much contact, so many crashes – that is difficult to follow.

“It’s a really tough job the stewards have. They have a lot of responsibility and maybe they are not enough. I don’t put the blame on them. But something needs to change.