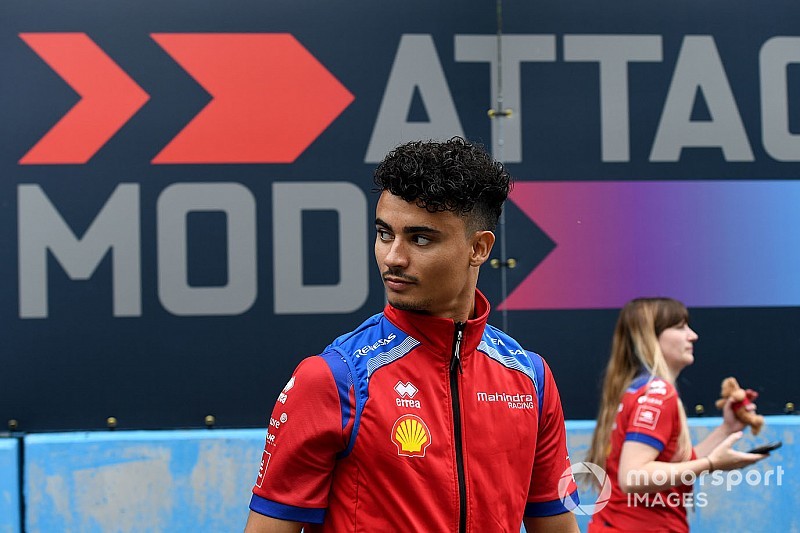 Under cloudy skies in the de facto capital of Switzerland, the field got to grips with the new 1.7-mile rapid and narrow track, which was described as "akin to Oulton Park and Macau and Pau" by Audi’s Lucas di Grassi ahead of the event.

The tight left of Turn 1, which sits opposite the pitlane, was a particular problem for the drivers, with many locking up there during the 45-minute FP1.

Vergne topped that session with a 1m19.281s, which stood as the best benchmark for much of the 30-minute FP2 before the drivers switched to full power at 250kW to practice their flying efforts ahead of qualifying.

Robin Frijns (Envision Virgin Racing), Lotterer and Venturi’s Edoardo Mortara enjoyed brief spells at the top of the times early in the second session, but it was Wehrlein’s 1m20.207s lap that held P1 for much of FP2.

With just under 10 minutes to go in FP2, BMW Andretti’s Antonio Felix da Costa was the first to run at 250kW, but he locked up at the Turn 9 left-hander that follows the attack mode activation zone on the preceding straight.

Da Costa still took P1 but was eventually shuffled back to 12th, with Jose Maria Lopez the first to depose him before he in turn was usurped in the flurry of final improvements.

With one minute to go, Lotterer seized first with a 1m19.194s, with Vergne slotting into second just 0.004s slower than his teammate before Wehrlein edged them both with a best lap of 1m19.118s.

Oliver Rowland ended up fourth for Nissan e.dams, with Frijns improving on one of the final flying laps in FP2 to take fifth.

Mitch Evans was sixth for Jaguar ahead of Lopez, Stoffel Vandoorne and Sam Bird, who locked up heading into Turn 9 early in the session and had to take to the escape road.

Mortara rounded out the top 10, with Alex Lynn finishing 11th in the second Jaguar.

Maximilian Gunther (Dragon Racing), along with Jerome d’Ambrosio, is under investigation for failing to stop when cutting the Turns 12/13/14 chicane – which will form the first corners of the race despite sitting before the offset finish line.

Gunther looked set to get close to fellow Dragon driver Lopez’s best time before he caught traffic on the approach to Turn 12 on his 250kW lap and he cut the complex after locking up.

Home driver Sebastien Buemi had a low-key FP2 and finished down in 15th for Nissan.

The Audi drivers also finished towards the rear of the field as they took 18th and 19th in FP2 with Daniel Abt heading di Grassi.

But di Grassi could not improve on his 250kW lap as he encountered yellow flags at Turn 9 when Tom Dillmann (who took 20th for NIO) slid down the escape road.