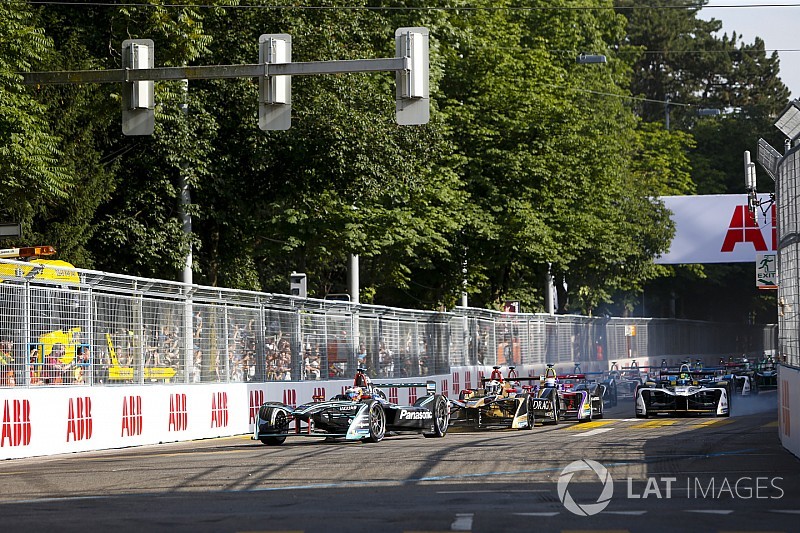 Zurich Formula E race organisers were not alone in feeling the milestone event had "surpassed expectations" when it concluded on Sunday.

After a 64-year absence from the country following the 1955 Le Mans disaster, the inaugural Zurich E-Prix last weekend was a big moment for motorsport and FE deserves credit for pulling it off, seeing as its existence even required a change of Swiss law.

The historical significance was clearly not lost on the competitors. On Monday morning, race winner Lucas di Grassi was tweeting pictures of the start of the 1954 Swiss Grand Prix at Bremgarten alongside the Zurich race start. Audi team principal Allan McNish “sent an email to the main heads of department in Audi after [the race] with a picture of it just saying – ‘look, it’s a historic moment'."

The two full-season Swiss FE drivers – as well as nearby resident Nick Heidfeld, who travelled in by train just because he could – were also clearly pleased to finally have a race on home soil.

Sebastien Buemi – running a modified helmet design to prominently display the Swiss flag – recalled how he previously “could never dream” of a Swiss-based race while climbing the single-seater ladder. While Edoardo Mortara, who was enjoying his second home event of the season after Rome thanks to his dual nationality, said it was simply “amazing to be racing here”.

In practical terms, the event came together at the very last minute – but this was purely to keep the disruption to the city and its residents to an absolute minimum. The race ran on a Sunday so that the road closures needed to put the final walls and barriers in place, as well as allow the shakedown running, could come into effect. Extra seating areas and fan amenities popped up overnight on Saturday, as everything appeared to be in place come race day.

It was a busy paddock – sponsor tours regularly packed the pitlane – and the organisers claim 160,000 attended the eVillage fan zone, which was free to enter. When the sessions were in action, people crammed against the barriers to watch – only reserved grandstand seating required tickets – and others watched out of windows in the office buildings and homes that lined the 1.531-mile circuit.

As well as fans, the race attracted many motorsport stars – from Emerson Fittipaldi, who drove FE’s demo car ahead of the race, to Mark Webber and Peter Sauber – and other celebrities including supermodel Naomi Campbell.

“It’s an historic moment,” he told Motorsport.com. “To bring Formula E to a city like Zurich is absolutely fascinating and very rewarding for all who have been able to participate.”

Naturally, there were some complaints reported regarding the disruption to locals, but the vibes for motor racing’s return to Switzerland seemed pretty positive.

“As in every city race, there are critical voices,” said event CEO Pascal Derron.

“The event [included] a pit lane walk one day before the race. We expected maybe 200 residents participating. At the end, we had more than 1400 residents, often families with kids, who arrived driven by curiosity and left the pit lane with a lot of impressions.

“Therefore, residents will become even more important in preparation of the Zurich E-Prix 2019, which is planned for June 9, 2019.”

Zurich Mayor Corine Mauch described the race as a useful way highlight the benefits of e-mobility to the city’s residents, while Derron added that it “surpassed our expectations”. The number of people visiting the eVillage was “a great success for all involved,” he continued. “We are happy.”

Overall, and even though the race was tame by FE’s standards, the first Zurich ePrix was an accomplished feat – and particularly rewarding for the electric championship’s many Swiss-based sponsors and their guests.

Prost to leave e.dams FE squad ahead of Nissan switch