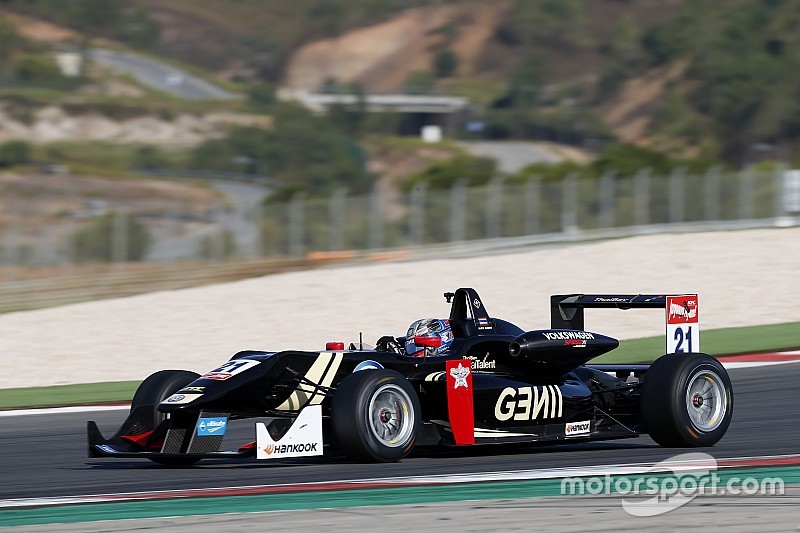 Alex Albon and Felix Rosenqvist shared poles in the second European F3 qualifying session at Algarve, where the top four drivers were separated by only 0.094s.

Albon set his best time of 1m41.976s with two minutes left on the clock as he became the first driver of the meeting to dip below the 1m42s barrier.

However, Albon remained ahead as the Swede was only able to shave off a couple of hundredths and fell 0.027s short.

Prema newcomer Nick Cassidy was demoted to third, despite achieving the fastest first sector during his last flyer, but still managed to deny Ferrari-protege Lance Stroll by 0.004s.

Jake Dennis, leader of the first qualifying, secured fifth to complete a Prema 2-3-4-5, beating both Antonio Giovinazzi and Gustavo Menezes by less than a tenth.

Thanks to his quick laps in the final stage of the session, Rosenqvist secured pole for race three on second-best times while Albon will only start 12th, having spent most of the session outside the top ten.

Stroll will join the Swede on the front row, with Dennis completing an all-Prema top three for the second time this weekend.

The grid’s top ten is completed by Fittipaldi and Callum Ilott, while title contenders Leclerc and Giovinazzi are set to begin the race from 11th and 15th respectively.