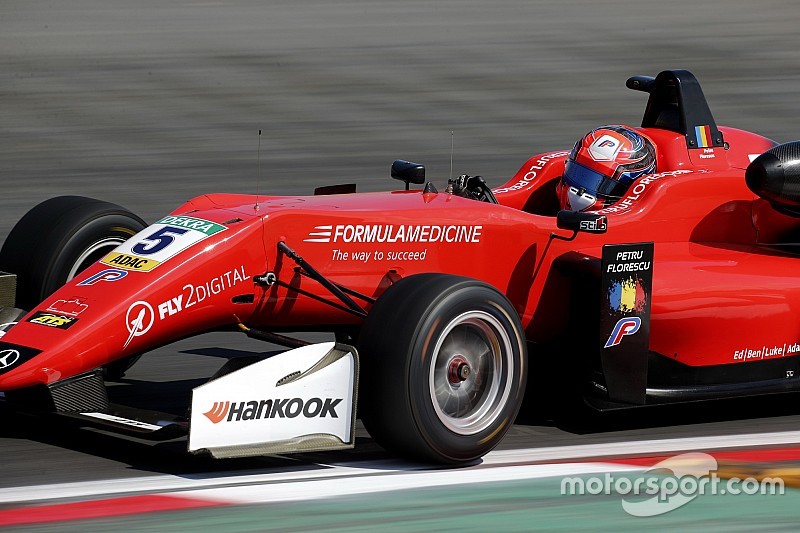 Fortec Motorsport has been forced to miss the Formula 3 European Championship round at Misano.

The team said that its sole driver Petru Florescu, who joined the series from the second round at the Hungaroring, is behind on his payments.

Fortec F3 chief Mick Kouros told Motorsport.com: “We flew there, and our truck had already arrived at the circuit.

“We were halfway from the airport to the track when the call came that the money hadn’t come through, so we turned around and went home.

“You can’t run them on thin air – that’s the problem.”

The team wants Romanian Florescu to continue, and has given him a deadline of next weekend before it begins to seek another driver from the Nurburgring round onwards.

Fortec is also building a second car, in readiness for a projected attack on the Macau Grand Prix.

“It’s not over and out for us,” said Kouros.

“I’ve got a proper FIA F3 monocoque for a second car, and we’ll be using the components from a Euroformula Open car [which uses the same Dallara chassis] to build it.

“I’m looking forward to running two in Macau, and hopefully we’ll have two for the final European round at Hockenheim.”

Kouros has also reported great interest in next year’s F3 Euro Series, which current European F3 organiser F3V plans to run for the current Dallara F3 cars in support of the DTM.

“We’re looking to run at least two in the Euro Series next year, and it’s likely to be three,” he said.

“We’ve had a lot of enquiries for the Euro Series.”

Juri Vips was third for Motopark, after teammate Dan Ticktum had gone quickest in the opening session, in which he headed Enaam Ahmed by 0.036s.

Ahmed was black-flagged from FP1 at one point for repeated track-limits offences at Turn 8.