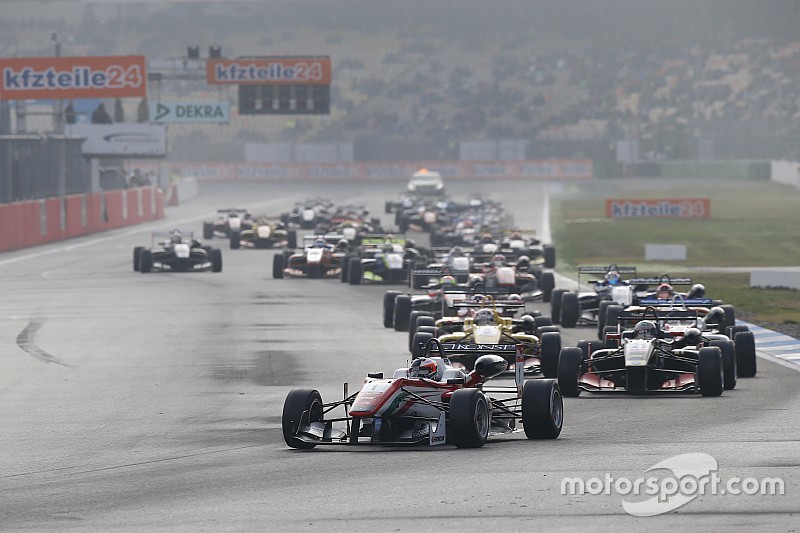 The FIA has revealed the 13 teams that have applied to take part in European Formula 3 next year, which are set to make up a 39-car grid.

Despite the series introducing a maximum of four cars for each given team, the number of entries has actually increased compared to the start of the 2015 season - when 36 entries were recorded.

That had already marked a massive increase over the previous two seasons, which featured 24 and 25 baseline entries respectively.

Due to the early troubles of the EuroInternational squad, which disappeared from June's Spa round onwards, the race grids themselves never went above 35 cars in 2015.

The teams' list stands mostly unchanged compared to 2015, with the exit of EuroInternational and the addition of Hitech GP, which contested two rounds this season, among the changes.

However, the series will also welcome DAV Racing - the Euroformula Open squad run by Matteo Davenia - and Jo Zeller Racing, which has been part of the series in 2013 and 2014.

Russian outfit Artline, which attempted to take on the might of Dallara when it trialled its ArtTech P315 chassis in the final two rounds of this season, is absent from the list.