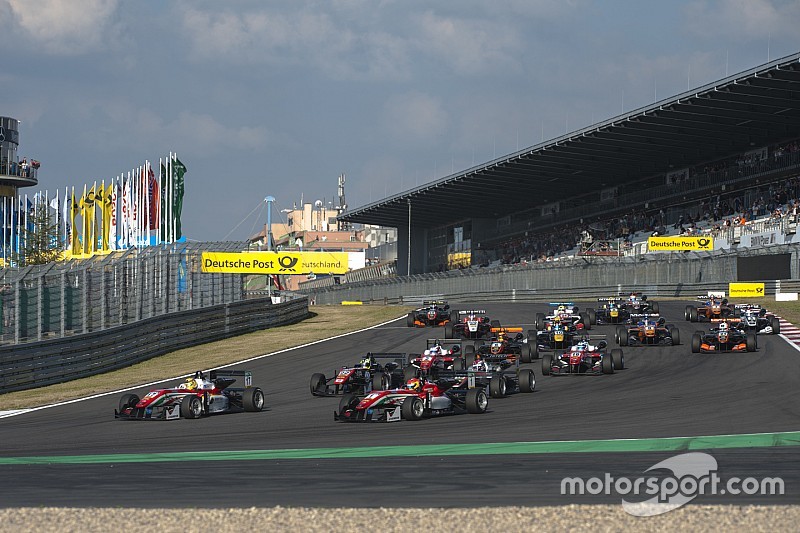 The European Formula 3 championship has imposed an age limit of 25 for drivers next season, while also extending the maximum number of seasons a driver can remain in the series.

The new age limit of 25 would have made no effect on this year's field, as 23-year-old William Buller is the oldest driver to have competed this year.

However, it would have prevented F3 veteran Alexander Sims and Artline Engineering's development driver Harald Schlegelmilch from taking part in the latter stages of the 2015 campaign.

The series will now allow drivers to spend four years in the series rather than three, which was set at the end of the 2015 season - won by Felix Rosenqvist, who was in his fifth season.

A prize pool of €500,000 has been implemented, which will be distributed among drivers, rookies and the teams.

Additional changes include reduced penalties for engine changes, as a 10-place grid penalty will only be given for one race instead of three.

Wind-tunnel testing will be banned, and the chassis manufacturer, currently Dallara, will disclose all aerodynamic data to the teams.