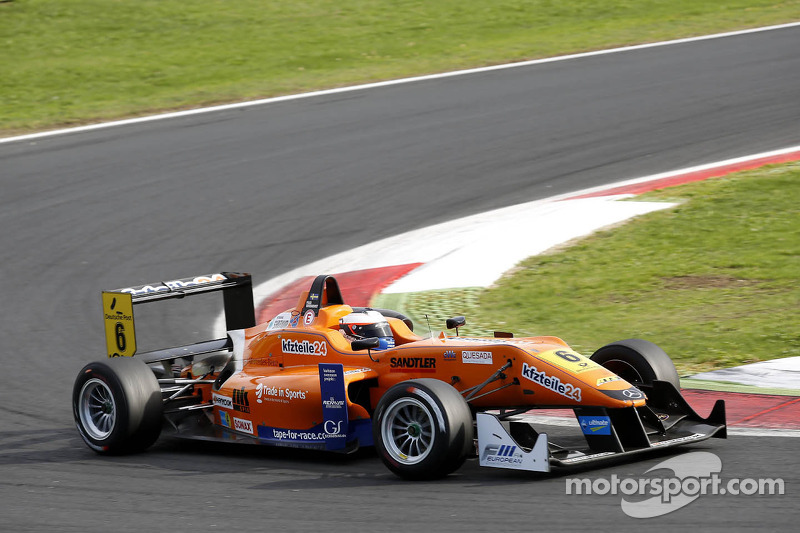 Thus, the battle for the European Championship title between Raffaele Marciello and the Swede remains open.

Felix Rosenqvist (kfzteile24 Mücke Motorsport) has won the first race of the final weekend of the season in the FIA Formula 3 European Championship. Thus, the battle for the European Championship title between Raffaele Marciello (Prema Powerteam) and the Swede remains open. The Italian, who is leading in the drivers’ standings with an advantage of 38.5 points, finished second at the 4.574 kilometres long Hockenheimring Baden-Württemberg. Fourth place in the second race during the afternoon would be enough for him to wrap up the title. Sven Müller (Van Amersfoort Racing) claimed third place in his home race. For the German, it was the best result of the season and for his Dutch team, Van Amersfoort Racing, it was even the maiden podium finish in the FIA Formula 3 European Championship. 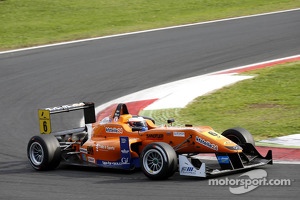 At the start, Felix Rosenqvist, who started from second place, laid the corner stone for his victory as he overtook Raffaele Marciello, who started from pole position. In the subsequent laps, the Swede pulled clear from the protégé of the Ferrari Driver Academy and scored an undisputed victory. Marciello finished the race in second place from Sven Müller. The German benefited from a battle between the two Brits Harry Tincknell (Carlin) and Alex Lynn (Prema Powerteam). Lynn attacked his compatriot Tincknell in the hairpin in the battle for third place. Both cars tangled, allowing Müller to get through. Antonio Giovinazzi (Double R Racing) also benefited from this situation and overtook Tincknell. Soon after that, however, the Italian had to come in for a drive through penalty for exceeding the track limits in the first corner, thus losing his fifth place behind Alex Lynn to Harry Tincknell.

Felix Rosenqvist (kfzteile24 Mücke Motorsport)
“Initially, it was my goal to make a good start, which I did. In the next laps, Raffaele was still able to follow in my slipstream but then I succeeded in pulling a gap. This victory was important to keep my championship hopes alive. My car was great, it was better than in qualifying and got even better and better as the race went on. Initially, I still had some oversteer and therefore I was also given a penalty for running over the white line in the first corner, but as the balance got better and better, the first corner didn’t cause any problems anymore.”

Raffaele Marciello (Prema Powerteam)
“It was a rather boring race. For me, Felix was simply too fast this time, but second place is good as well, because I have scored many points again. Wth a view to the championship, I didn’t want to take any risks and rather settle for the points for second place.”

Sven Müller (Van Amersfoort Racing)
“I am really happy with being on the podium here. My start was good, I was able to move up into fourth place right away. Later on, I had a little bit of luck when Harry Tincknell and Alex Lynn collided in front of me. Thus, I was able to overtake both of them and I was third. For me, this is a good end to my season. I am feeling well in my team and I was able to lean quite a few things from my quick team-mate Dennis van de Laar already.”