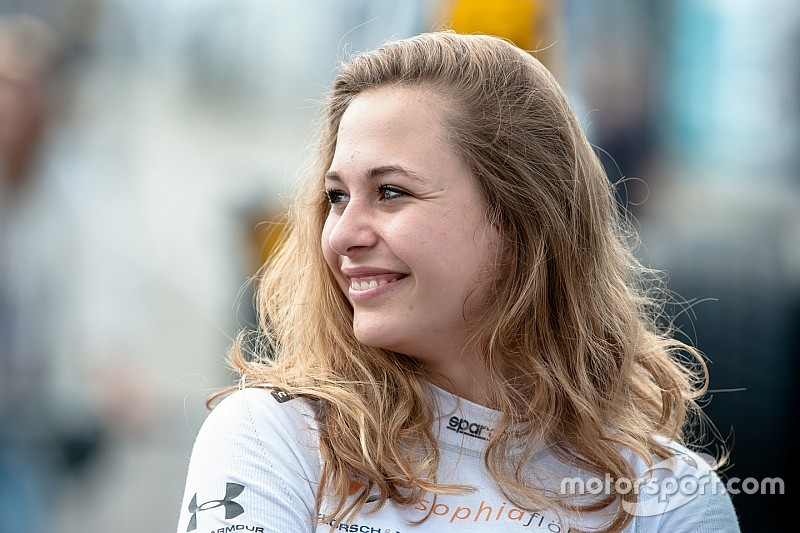 German racer Sophia Floersch has joined Van Amersfoort Racing in the FIA European F3 championship, and will make her series debut at Zandvoort.

Floersch, 17, is a former race winner in BTCC support series Ginetta Junior and a podium finisher in the German Formula 4 championship.

She tested F3 machinery with VAR ahead of the season, and was aiming join the grid from the second round at the Hungaroring.

This did not materialise, however, and in Hungary the team ruled out running a car for Floersch this year – only to subsequently add her to the line-up ahead of the fourth round of the season.

The German will now contest the rest of the F3 campaign, and will also make her Macau Grand Prix debut with VAR at the end of the year.

“After a period in which I had to give priority to passing my school exams, it feels great to know I will be back in the racing seat again to fully focus on my racing career,” Floersch said.

“Stepping up from Formula 4 into the highly competitive FIA Formula 3 European Championship is an extreme challenge, but we all see it as a next step up the learning curve.

“I will give my utmost to reward all stakeholders and with the experience and support of VAR, I am convinced that I will learn a lot. I have more than ever an excited feeling about my future career.”

VAR had endured a difficult start to the season, but picked up a breakthrough result with a third-place finish at the Norisring courtesy of Andres.

“During winter testing her performance behind the wheel convinced us of her qualities. We expect that with enough mileage and time to learn, she can be competitive in Formula 3.

“Of course it is not ideal to enter the series now the season is already underway, but we will use all our experience and dedication to help Sophia get familiar with Formula 3 as soon as possible.”