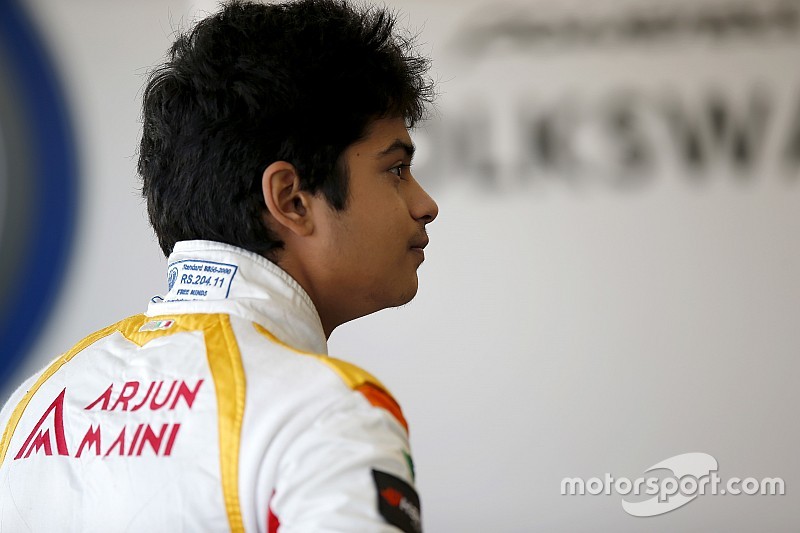 Indian racer Arjun Maini will continue in the European F3 championship in 2016, making the switch from Van Amersfoort Racing to T-Sport for his sophomore year.

Maini, 18, ended his first season in the series in 18th place before joining T-Sport for the Macau Grand Prix, finishing 10th.

Upon the announcement, Maini said: "I’m quite excited to be working with T-Sport again.

"The team is filled with individuals who are extremely motivated like myself and after the race in Macau, the decision was much easier for me to make.

"The Threebond engine, in particular, was exceptional in Macau and I’m quite excited to see how it does next year.

"Tomei have done a fantastic job with it and I’m sure it will help me to be competitive in 2016," he added.

Team owner Russell Eacott was happy to have the Indian on board.

"We are all really pleased to have signed Arjun to run with us next season in our ThreeBond supported car.

"His speed and work ethic has impressed all the guys," he added.

Prior to his entry to Formula 3, he was runner-up in BRDC F4, narrowly losing out on the title to George Russell - who himself has recently confirmed a team change for the 2016 F3 season, going from Carlin to Hitech.

Carlin was among the teams Maini tested with in the post-season, but the Indian will instead make the move to T-Sport.

Motorsport.com understands that the British team's plans to use the Tomei/ThreeBond engine in 2016 played a key role in Maini's decision.

T-Sport last won an F3 race back in 2012 with Alexander Sims, who delivered five podiums the year after in another eye-catching part-time campaign.

However, the team scored no points in 2015, running a single car for Ecuadorian driver Julio Moreno.