Formula 3 racer Sophia Floersch has made her comeback to the cockpit, less than four months after her horrific high-speed aerial Macau Grand Prix accident.

The 18-year-old German has been taking part in a two-day test at Monza with Van Amersfoort Racing as she prepares for the Formula European Masters series, which uses the cars from the discontinued FIA European F3 Championship.

Floersch completed over 90 laps of the Italian Grand Prix circuit on Wednesday in good weather conditions, setting a best laptime of 1m44.548s to top the leaderboard, albeit mostly against F4 and Formula Regional-spec machinery.

The test has continued into Thursday, but conditions have turned wet.

Floersch, who sustained a spinal fracture in the Macau shunt, had previously been on the simulator at VAR’s workshop before hitting the track at Monza this week.

Team boss Frits van Amersfoort said Floersch has shown absolutely no ill-effects from the injuries during the Monza test.

“But put it this way: I think she looks stronger than she did in the whole of last year; we’re quite satisfied with what she’s doing.

“It’s starting to feel a little bit like Mick Schumacher [who the team ran in German Formula 4 in 2015] – we had over 20 photographers hanging over our pit box yesterday!

“Sophia’s comeback is some kind of news, but also it’s time to deliver now and forget about the accident.” 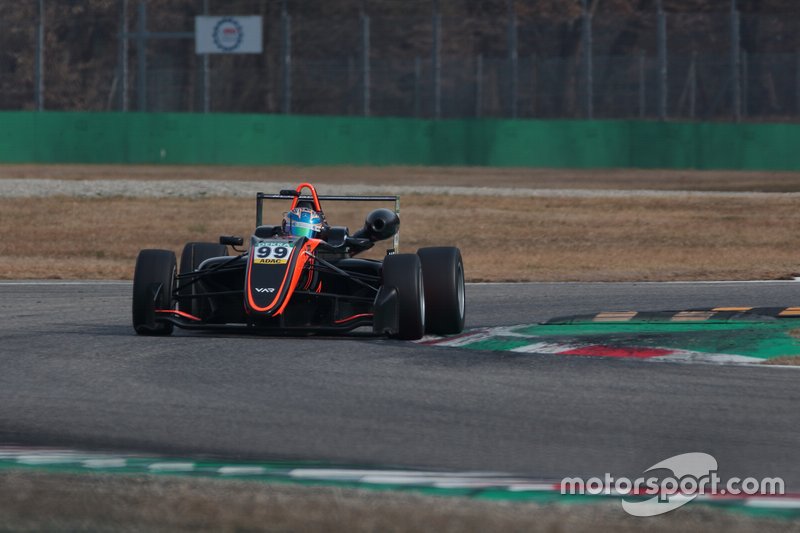 Floersch has been joined in the VAR line-up at the Monza test by ex-BRDC Formula 3 and Formula Renault Eurocup racer Callan O'Keeffe.

The 22-year-old South African, a former Red Bull and Lotus F1 Junior, has not raced since 2017 but is hoping for a comeback in Formula European Masters.

“I’m quite impressed by [O'Keeffe],” said van Amersfoort. “He’s still a little bit rusty after a long time out, but he’s extremely motivated and he has worked quite well in the gym.

“He’s doing a good job and we hope to have him in the car this season.”

The team is also in discussions with Petru Florescu, who contested several rounds of the 2018 Euro F3 series with Fortec Motorsport.

Formula 3 racer Sophia Floersch has made her comeback to the cockpit, less than four months after her horrific high-speed aerial Macau Grand Prix accident.

Highly-rated New Zealander Liam Lawson has won a place on the Red Bull Junior programme and will race in Formula European Masters this season.