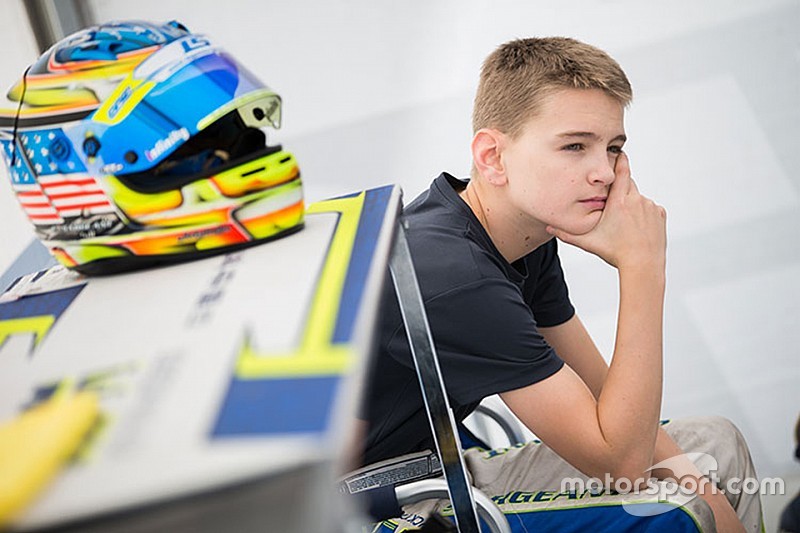 Logan Sargeant, 15, has announced he will take part in the inaugural round of the United Arab Emirates Formula 4 series, which is set to kick off next weekend.

After taking titles such as the Rotax Grand Nationals USA, Florida Winter Tour and SKUSA SuperNationals, Sargeant moved to the European karting scene in 2012.

He won the Trofeo Andrea Margutti in the 60 Mini category before moving up to the junior KF category, where he spent three years.

He became world champion in his final season and added two more titles to his tally.

In 2016, he moved up to OK, the rebranded senior class, and kicked off his season by winning the WSK Champions Cup before taking fifth in the CIK-FIA European championship.

Having turned 15 at the very last day of 2015, Sargeant is now eligible to race in F4-level championships.

He will take part in the first event of F4 UAE, a non-championship round at Yas Marina Circuit next weekend.

He will race with German squad Motopark, which currently competes in European F3 and ADAC F4.

Schumacher loses out on Italian F4 title to Siebert