Amputee Monger determined to “take the positives” from situation 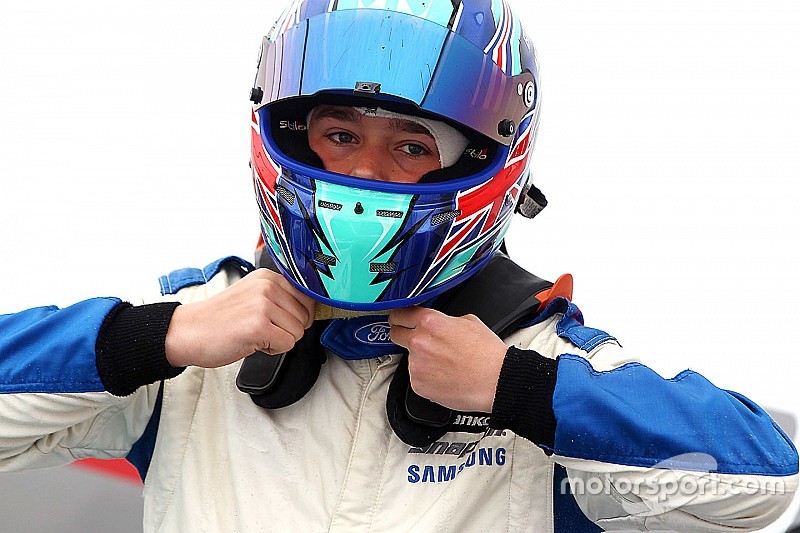 Billy Monger, the teenage single-seater racer who lost both of his lower legs in a horrific F4 crash, has spoken from hospital about the amazing reaction he received following his accident.

JHR Developments driver Monger, who turned 18 this week, lost both lower legs when he collided with Patrik Pasma at Donington Park in the third F4 race on April 16.

After being trapped in his car for 90 minutes while rescuers battled to save his life, he was airlifted to hospital from the scene of the crash and was placed in an induced coma while undergoing multiple surgeries.

Since the extent of his injuries became clear, more than £800,000 has been raised towards his rehabilitation.

“When I found out the extent of my injuries I still didn't think I would get the support that I have got,” said Monger from hospital. “It just shows that you when a tragic event like this happens how people pull together.

"I definitely wanna to take the positives out of this and make sure that I use it in a positive way for the rest of my life now.

“Still got a few years left in me for sure. So I wanna prove to a lot of them how much you can do even with something like this.”

Monger thanked the reaction from the entire racing community – including the Formula 1 drivers’ association, the GPDA.

“We had a letter from the Grand Prix Drivers' Association just saying about how they’re all in support of me for the future and how they’re supporting me in my recovery,” he said.

“I saw a letter at the front and I thought, ‘oh, that’s amazing’ and I turned over and there’d be signatures from many world champions… Lewis Hamilton, Niki Lauda – that really touched my heart.

“These are like, some of the names on here, they’re my heroes, so I was lost for words and I still am now.”

Monger also paid tribute to the expertise of his medical staff at Queen's Medical Centre in Nottingham.

“I think we started off in a different ward and now we’re in the major trauma ward,” he said. “So been through a fair few of the staff here, and they’ve all lived up to high expectations.

“It’s been truly inspiring to see how supportive they are of all the patients, not just me. Without them I wouldn’t be here today, so a massive thanks to every single one of the staff that have helped me.

“Yeah, and it’s going to be emotional saying goodbye to them all.”

Since the crash, the UK’s governing body, the Motor Sports Association, has launched an investigation in partnership with the FIA.

A weekend to forget for Kami Laliberté