Canadian Notebook: Raphaël Forcier is runner-up in US Formula 4 series 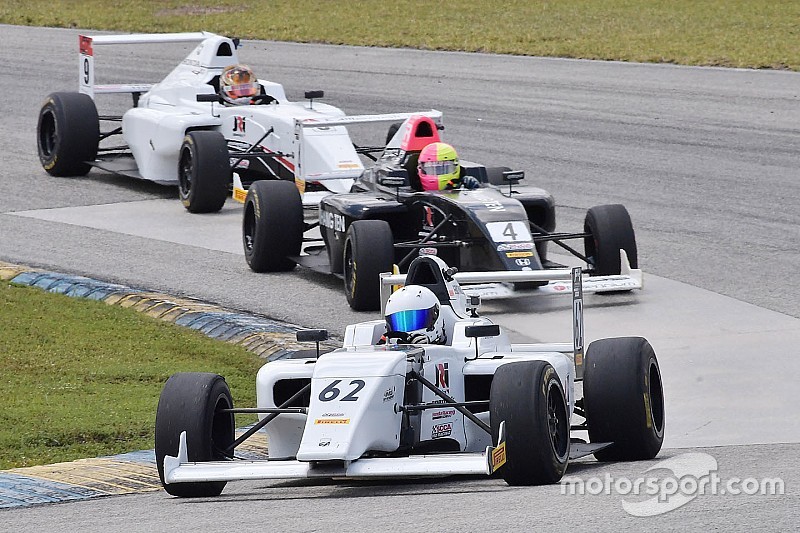 Young Canada racer Raphaël Forcier clinched the runner-up position in the US Formula 4 series in the last event of the year held at the US F1 Grand Prix in Austin.

Forcier’s season ended with a disappointment as he qualified only 11th on the 31-car grid. In the grand finale on Sunday, he was involved in the collision, resulting in a DNF.

Fortunately for him, none of his rivals managed to score more points than he had, and Forcier was able to remain in second place in the final standings. “Competition was very tight this season in F4, and I am extremely happy with second place. It was a very important learning experience,” said Forcier, who intends to pursue his career in Formula Renault 2.0 in Europe or in the new American Formula 3 series.

Besner and Joyal took over after the third stage and he never looked back. Steeve Hobbs and Philippe Poirier (Subaru WRX STI) were hot on their heels, only a handful of seconds behind the lead team at the end of each competitive stage. By the end of the rally, just 43 seconds separated the top two teams. Karel Carré and Samuel Joyal completed the podium.

In the two-wheel drive category, American Chris Greenhouse (Dodge SRT-4) was the clear favourite and he did not disappoint. Consistently running in the top 6 overall, Greenhouse and his co-driver Ryan Scott earned the 2WD victory and finished in sixth spot overall.