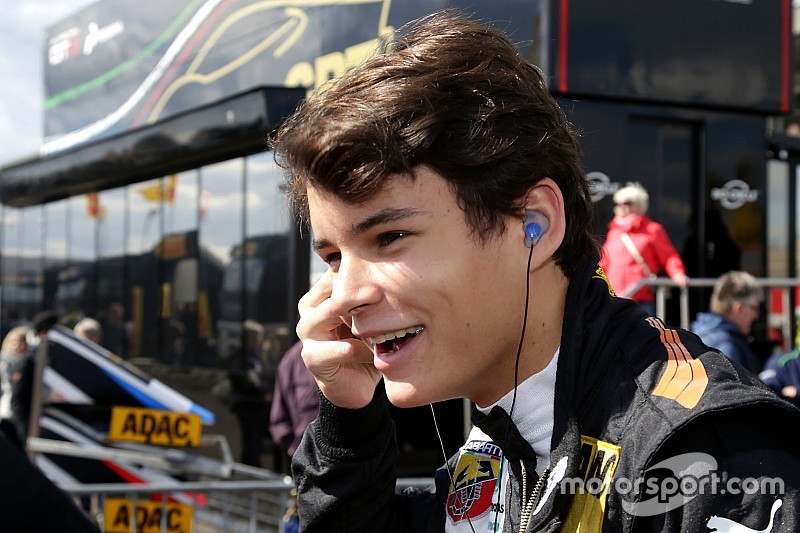 Kami Laliberté collected his first podium finish of the season in the German Formula 4 Championship at the Lausitzring.

The 18-year-old Canadian showed great speed in practice and qualifying. He started the race from Row 3 - in fifth place - and exited the first corner in second place. He spent the 20 laps race chasing the leader, Kim Luis Schramm and crossed the line just 0.8 seconds behind him. In Race 2, Laliberté started 6th and finished at the same position. Finally, in Race 3, the Montreal-born racer started 9th but unfortunately was forced to retire after his front suspension was damaged in first-lap contact with two rivals.

Canadian driver Valérie Chiasson, originally from Repentigny, Québec and currently residing in Luxembourg contested the Porsche GT3 Cup Challenge Benelux in Zandvoort, Netherlands. Despite having never driven this road course before, she qualified 15th and improved throughout the duration of the event to eventually finish the race in twelfth place, eighth in B Class.

Chiasson will return to the Porsche GT3 Cup Challenge Benelux in six weeks, for the second outing at the Zandvoort circuit. Before that, she will contest two Canadian Porsche GT3 Cup races, held at Montreal’s Circuit Gilles-Villeneuve, as part of the Canadian Grand Prix.

Young Canadian stock car racer, Raphaël Lessard stunned the experts by claiming pole position for the inaugural U.S. Short Track Nationals held on Bristol’s tricky oval. Lessard eventually started fifth after a draw, as stipulated by the rules. During the first segment of the race (51 laps), Lessard had issues with the car, sliding a lot in the corners. After a few well-fought battles, he finished the first half of the race in 15th place.

During the second and final segment of the race, Lessard managed to climb back up to the 15th place, but wasn’t able to push further because the No. 99 FRL Express/Toyota-TRD/JBL Audio Toyota Camry prepared by David Gilliland Racing, couldn’t handle it. “I was able to pass a few cars, but I stayed in 15th place for the remainder of the race because the cars in front of me were too fast. It’s only a matter of time before I get another chance on this track, bad luck happens!” said the 15-year-old.