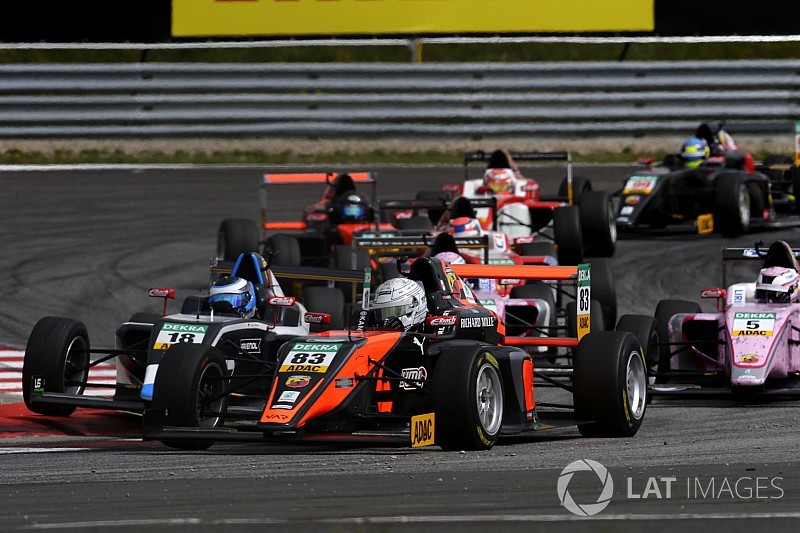 The last two rounds of the German Formula 4 Championship were held last weekend on the twisty Oschersleben road course.

Montréal-born Kami Laliberté clinched his first pole position in Formula 4 for the first race of the meeting. However, he stalled his engine at the start and slip down to 15th place. He made up a few spots and crossed the line 12th. In the second race, the Van Amersfoort Racing driver started 7th but made a driving mistake during the race and was forced to pit for a new nose. “I made a mistake and hit the barriers. It cost me dearly…” said Laliberté who eventually was classified 24th out of 26.

For the third and last race of the weekend, Laliberté lined up 12th on the grid. He passed four rivals and finished eighth, scoring his eighth top-10 finish of the season. Laliberté lies currently in seventh place on the points’ table.

Kurt Wittmer and Vincent Duchesne-Millette scored their first victories in the last rounds of the Super Production Challenge presented by BFGoodrich Tires Canada at the ICAR circuit in Mirabel. All practice and qualifying sessions and four races were held in just one day in ever changing conditions because of a few showers.

The second half of the 50-minute race, which was in effect Round 3, saw Kurt Wittmer win again by just over two seconds ahead of Sylvain Laporte. Duchesne-Millette rounded out the podium, ahead of Pilon, Gravel, Durand and Lamontagne, relegated by three positions after making contact with Jacques Gravel. Jordan Redlin earned the Compact Class win ahead of Mathieu Legris and Paul Morin.

At the end of the afternoon, on the short ICAR track, Vincent Duchesne-Millette claimed his first victory of the series. Wittmer finished second this time. Benefitting from Marc Héroux’s post-race disqualification for unsportsmanlike actions, Jacques Gravel earned third place, which allows him to maintain his lead in the championship. In Compact Class, Yves Legris once again won, followed by Morin and Redlin. The next rounds of the Super Production Challenge series will take place in Ontario on August 26th and 27th, on the Calabogie track near Ottawa.