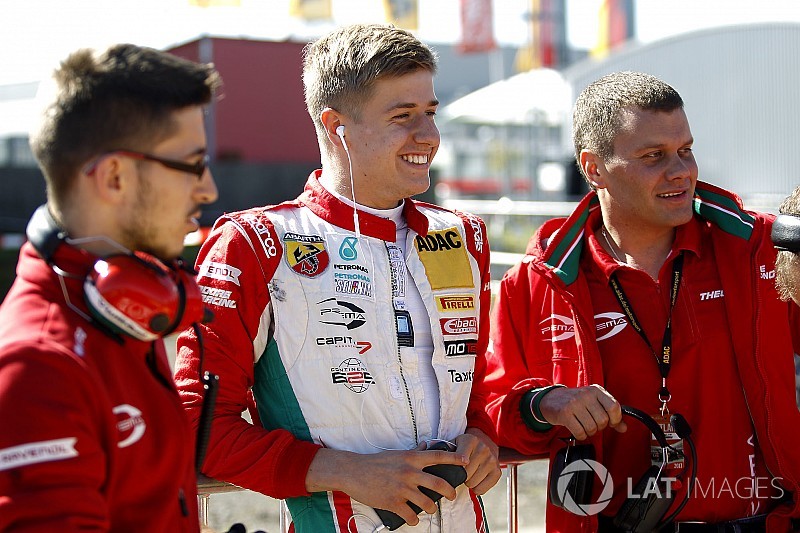 Estonian youngster Juri Vips has been crowned the 2017 German Formula 4 champion, winning a three-way title fight in the season finale at Hockenheim.

He got ahead of his teammate by taking eighth in the first race, but at the same time fell behind the winning Drugovich, who took points lead by four units.

However, Drugovich retired from the second race and a sixth-place finish from Vips allowed the Estonian to start the final race four and 6.5 points ahead of Drugovich and Armstrong respectively.

Starting from third, Vips gained a place and put pressure on pole-sitter and early leader Armstrong, only for both drivers to run wide at the hairpin.

Armstrong and Vips dropped to second and fourth respectively, but the latter managed to gain a position before the finish, which was enough to clinch the title.

Drugovich, whose options were limited after starting the final race from 10th, finished fifth and settled for third place in the standings.

Vips, 17, won the title despite only winning two races, but scoring points in all but one of the 24 races.

The Estonian, along with Armstrong, tested with Prema's F3 outfit and is looking to graduate to the series.