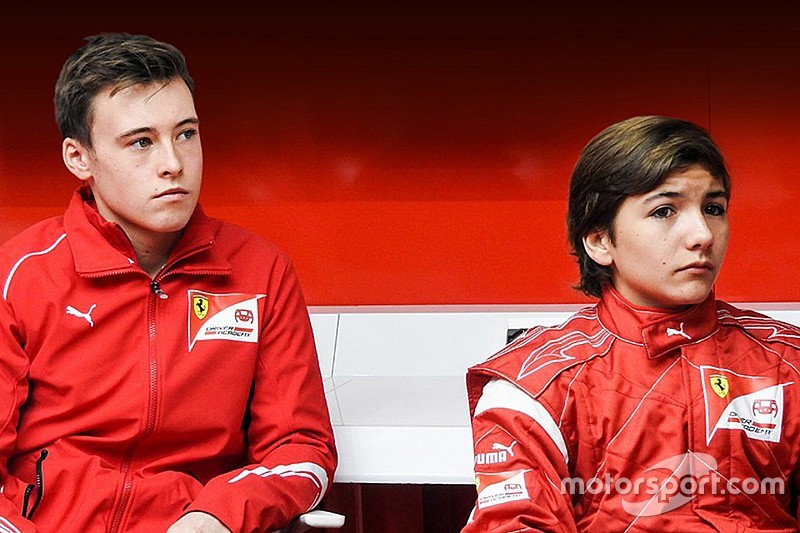 Brazilian driver Fittipaldi and Kiwi racer Armstrong were announced as Ferrari juniors last December, with the duo now gearing up for their first full year in junior single-seater racing.

Fittipaldi, 15-year-old grandson of two-time Formula 1 champion Emerson, is a graduate of the American karting scene and spent most of last year racing in BTCC support series Ginetta Junior.

"I am very happy and honored to be racing with Prema and to be part of the Ferrari Driver Academy," Fittipaldi said.

"Being a rookie this year I know I will have a lot to learn, but nonetheless I am really motivated and looking forward to the start of the season."

Armstrong, 16, was a standout performer on the European karting scene during the recent years and shone during his first full-on racing campaign in single-seaters in the New Zealand-based Toyota Racing Series.

He took three victories and claimed fourth place in the TRS standings.

"I’m very pleased to be working with Prema Powerteam for the 2017 season. There is a huge amount of knowledge and experience within the team, and it's fantastic to share the same ambition," Armstrong said.

"We are hungry for results, which is something I have learned to love about Prema. They have a fantastic reputation and I can't wait to learn and grow within the team."

Fittipaldi will be focusing his efforts on the Italian series, whereas Armstrong will be contesting both the Italian and the German championships full-time.

Italian outfit Prema has been a major force in Formula 4 since the introduction of the FIA category, with then-Ferrari junior Lance Stroll and Ralf Aron delivering Italian F4 titles in 2014 and 2015 respectively.

His 2016 teammates Juri Vips and Juan Manuel Correa have been kept on for this season, although both will focus on the German series.

The American who's targeting the German F4 title