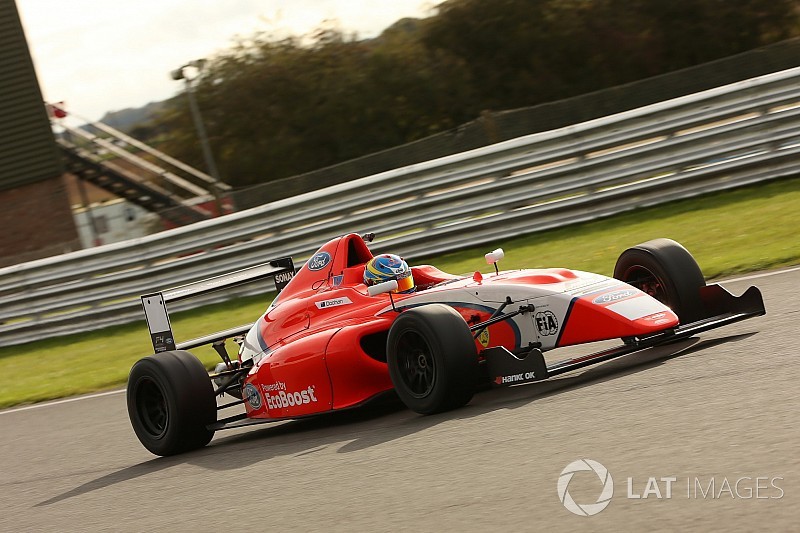 The son of motorcycle racing legend Mick Doohan has had his first test in a British Formula 4 Championship car as he gears up for his first season in car racing in 2018 as a Red Bull junior.

Karting graduate Jack Doohan, who will not celebrate his 15th birthday until January, tested at Snetterton last week with the Arden International team with which he will race.

Doohan is mentored by Scotsman Dave Boyce, a long-time guru of the karting and junior single-seater scenes.

Boyce, who has been friends with Doohan Sr since they were introduced by mutual friend David Coulthard in the 1990s, has looked after the young Australian's career alongside Formula 3 European Championship racer Harrison Newey.

"I think Jack will be good," Boyce told Motorsport.com. "It obviously depends on who stays in British F4 but, judging by his pace and how quickly he's developed, he can do a good job.

"It's all about him not going off and getting the mileage in at the moment.

"The Arden guys have been very impressive – they're well used to bringing young kids up to speed and they've done a great job with Jack."

Boyce believes that Doohan will not suffer any pressure from being one of two Red Bull juniors racing in British F4 with Arden next season, the other being Norwegian Dennis Haugar, who is also still 14.

"He's very chuffed to get it, but he's laid back enough to brush it off and focused enough to do a good job," said Boyce.

"I think he's too young to even think about the pressure, and being Australian he's laid back anyway! The pressure from himself will probably be the biggest he has."

Motorsport.com understands that Ginetta Junior driver Seb Priaulx was quickest of the newcomers tested by Arden at Snetterton, with the team continuing its programme at Croft this week.