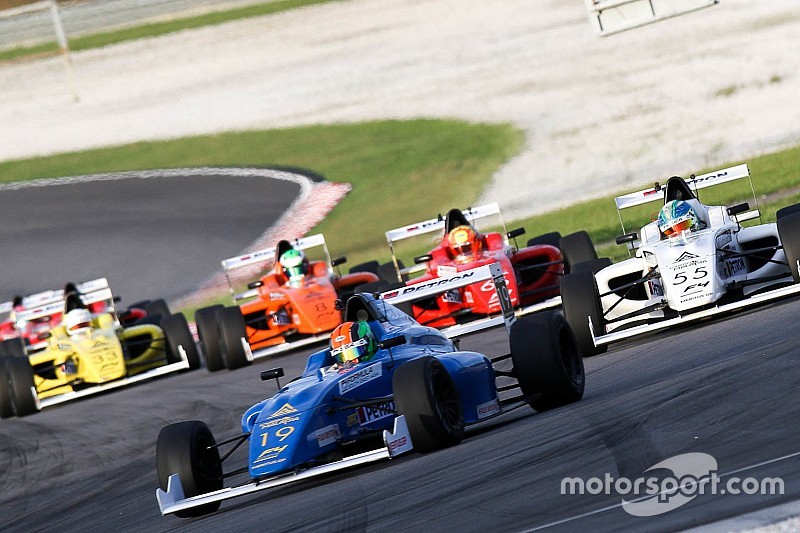 Sepang played host to one of the most bizarre modern day motor races on Saturday when no cars made it to the finish of the third FIA Formula 4 Southeast Asia Championship event.

While the first event passed without drama, there was disbelief towards the end of the second race when cars began running out of fuel well before the end.

Pole position man Danial Frost, who had opened up a good lead, came to a halt along with three other cars on lap six of the eight-lap race, with three more cars coming to a halt on lap seven.

By this stage, race organisers had called out a safety car because there were cars stranded in dangerous positions around the circuit.

As the final lap got underway, only Kane Shepherd was running. But despite going slowly, his car also ran out of fuel as he exited Turn 2, leaving the safety car alone to complete the final lap.

Shepherd was originally declared the winner, but it was eventually decided - because of the unique circumstances of everyone running out of fuel - to call the race after five laps. That means Frost was handed the victory.

It is understood the problem with lack of fuel was caused by a miscalculation on how much petrol the cars needed to complete both races, as they were unusually running back to back rather than being standalone events with refuelling in the gap.