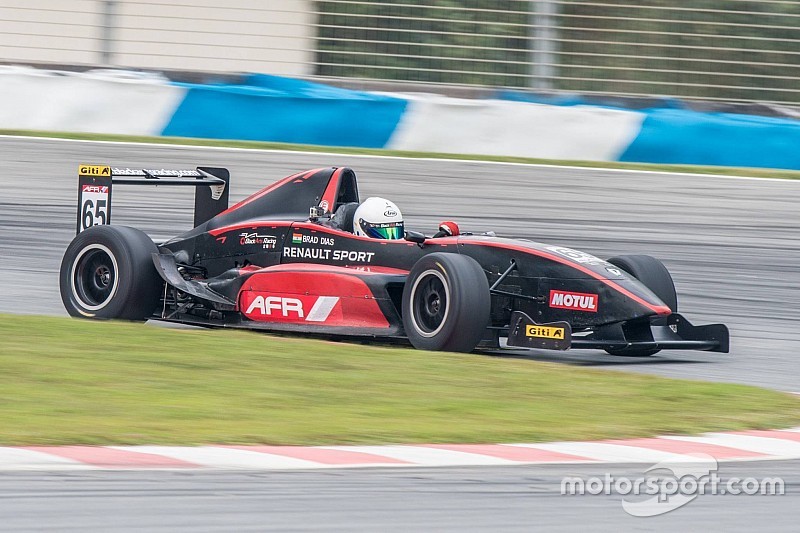 Brad Dias is one of the six names announced by the reigning champion team BlackArts Racing for the 2017 season of the Asian Formula Renault series.

The Indian made his Class B debut with the team last year in the season finale at Zhuhai, where he took two podium finishes.

For 2017, Dias alongside Charles Leong and David Pun joins the regulars Pavan Ravishankar, Neric Wei and Thomas Luedi in a six-car assault on the championship.

"After the success of last year, we wanted to ensure that we built on this momentum," said BAR's Team principal, Bill O'Brien, upon the announcement.

"With the signing of these three new talented drivers, and the return of three of our drivers from 2016, we look to strengthen our position as one the leading forces in junior formula racing in Asia.

"BAR has a strong focus on developing racing drivers through a holistic approach, and it’s great that Charles, Brad and David identified this and will be coming onboard to take advantage," he added.

"From what I have already seen from their early testing and training results, they all have the potential to have successful careers."

The Indian based in Hong Kong competed in the Indian MRF F1600 championship in 2016, finishing ninth in the standings.

Dias had indicated to Motorsport.com about his plans to race in AFR and line himself up to drive in the MRF Challenge series for the 2017/18 season.

The 2017 AFR season will see a total of six rounds starting in March at Zhuhai, before races in Malaysia [Sepang] and Thailand [Chang] in May and June respectively.

The championship will return to China in August at Zhejiang with a round at Shanghai in the same month, and will end at Zhuhai in September.