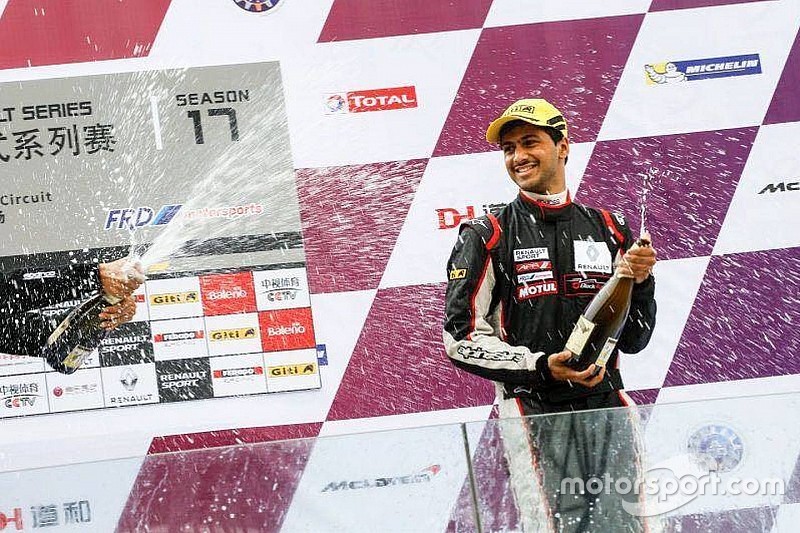 The Indian started the weekend in the BlackArts Racing car with 17th and 16th places overall, while fourth and third in Class B in the two practice sessions.

Dias put in a improved show in qualifying with 15th overall and second in class, 0.415s off Class B polesitter Song Xu Jie.

For the first race, the Hong Kong-based driver was forced to start from the pitlane after failing to make the grid on time due to frantic scenes after rain hit the track.

A safety car period saw Dias take the lead in class and build a gap to his closest challenger, but another safety car interruption brought the field together.

By that time, the track dried enough for Jie on slick tyres to make a move stick and take the lead as well as the win from Dias, while Pun Kwan Lum David completed the class podium.

In Race 2, the Indian started on pole but lost his lead going into Turn 1, though he managed to get it back but Ngan Ming Hang remained on his tail all along.

While the two battled for the class win exchanging places all through, Jie joined in the fight to make it a three-way tussle for the win.

In the end with three corners to go, Hang managed to get his nose ahead in Turn 9 which also allowed Jie to pass Dias, demoting him to third.

The three separated by a mere 0.331s as the chequered flag fell with Dias 12th overall.

Up ahead, Burdon won the final race of the season with Ebenal second and Najiy Ayyad Bin Abd Razak third.

Super GT rules out hybrid switch in near future