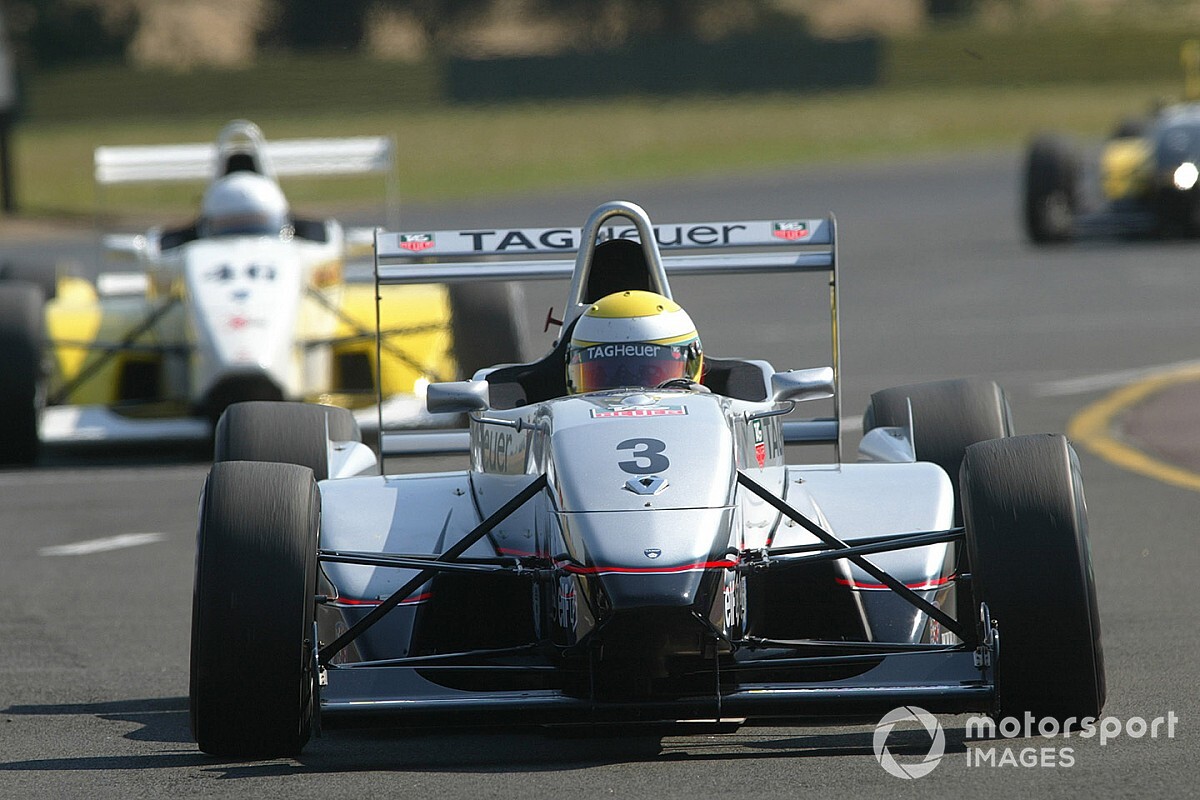 Lewis Hamilton's triumph in the British Grand Prix despite a last-lap puncture is currently a unique moment in his Formula 1 career. But there was also a race from 2003 where, aged 18, he pulled off another seemingly-impossible feat…

"It was almost impossible to drive," said Lewis Hamilton. "It was so hard."

He'd dominated the race, moved himself into a firm championship lead, and had done so with a damaged car. But this wasn't the 2020 British Grand Prix and Hamilton wasn't driving a Mercedes W11.

This was the opening race of the 2003 Formula Renault 2.0 UK championship at Croft.

Hamilton recalled that incident after he'd hustled his hobbled Mercedes through a dramatic final tour to take victory in last weekend's race at Silverstone.