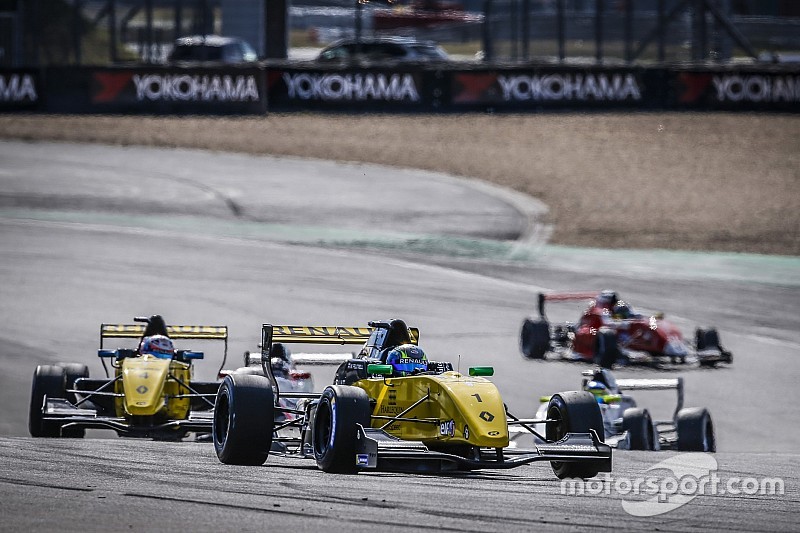 Renault Sport has followed up on its threat to press on with its Regional Formula 3-style series in 2019, despite losing the FIA World Motor Sport Council vote to an Italian bid.

The FIA last Friday awarded the rights to run Europe’s inaugural Regional F3 series to Italian federation the ACI, which had tendered on behalf of karting and Italian Formula 4 promoter WSK.

But Renault Sport Racing commercial director Benoit Nogier had already told Autosport that the French manufacturer would be ready to press the green light regardless of the FIA’s decision.

Renault Sport has on Monday announced that it will use the Tatuus T-318 Regional F3 chassis, powered by a 1.8-litre turbocharged Megane RS engine producing 270-300bhp.

Since it has not gained FIA approval, Renault will continue to name its series the Formula Renault Eurocup.

The race-weekend format remains the same as the existing Eurocup, comprising two 50-minute test sessions, two 30-minute qualifying periods and a pair of 30-minute-plus-one-lap races, with 12 official test days outside of competitive events.

The series’ regular Monaco Grand Prix date has yet to be confirmed, and there will also be one further event.

Renault Sport claims the all the teams currently in the series have “expressed their intention to be on the grid next year”.

Nogier said: “Since 1971, Formula Renault has always been one of the leading benchmarks in the feeder series.

“With our vast experience and the introduction of this new, fast and affordable car, the most ambitious and talented drivers of their generation can continue their learning process in a relevant and renowned category.

“The Formula Renault Eurocup has the foundations, knowhow and strengths needed to complete this transition. We are already eager to see what the future holds!"