Seb Morris hopes to take some momentum to Germany 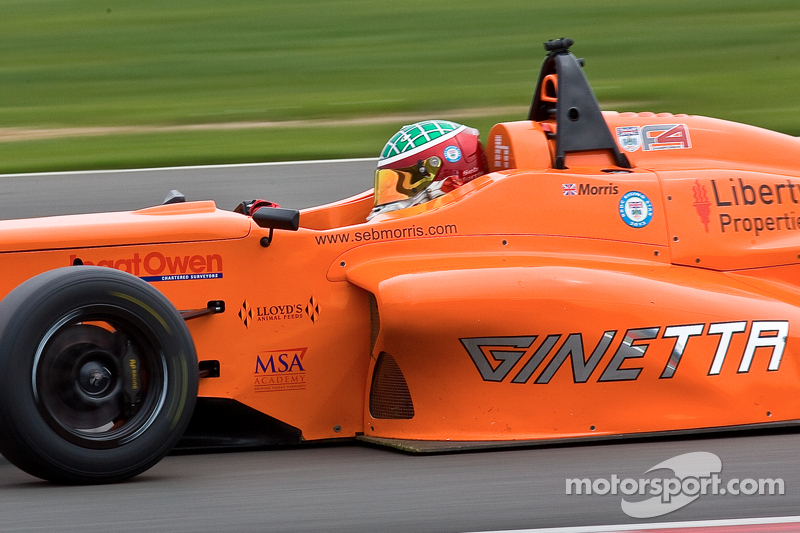 Caterham Racing Academy driver in the top three in points

Formula Renault 2.0 Northern European Cup (NEC) title contender Seb Morris (in photo from an earlier event) heads into the third race meeting of the 2014 season at Hockenheim in Germany this weekend, 14th/15th June, aiming to pick up where he left off at Silverstone just over two weeks ago as a category race winner.

Delighted to secure his maiden success at European-level in only his fourth race in the category, the Caterham Racing Academy-backed driver also climbed into the championship top three in the process. Ahead of rounds five, six and seven of the season, he is just 15 points shy of the series lead.

“Silverstone’s win was great but we’re still taking things one race at a time”, said the 18-year-old from Marford, “I obviously want to win, the main thing though is to try and build on what we’ve achieved so far and take more podiums to close the points gap even further.”

Seb travels to Hockenheim this week fresh from an outing at Spa-Francorchamps in the Formula Renault 2.0 Alps series last weekend. Posting a top six result in the opening encounter, from an entry featuring no fewer than 32 cars, the Welshman was on course for a possible podium in race two until his throttle stuck open on lap nine at Pouhon – one of the fastest parts of the track.

While undoubtedly a hair-raising moment, Seb fortunately managed to avoid any kind of major incident and, despite the drama of race two, the event enabled the TAG Heuer ambassador, Jack Wills ‘Young Briton’ and Elite Cymru-supported racer to complete some important ground work.

In Seb’s opinion, the 4.5-kilometre Hockenheimring has quite a few similarities to Silverstone in terms of its topography and demands and he is confident his Fortec Motorsport-run FR 2.0 will be in the mix for strong results, not dissimilar to those achieved a fortnight ago, a few days from now.

“The mechanical problem at Spa was unfortunate but at least it wasn’t part of our championship, we went there as a test so there was no pressure”, he reflected, “We managed to get a lot of work done, focusing on minute detail with braking and overall consistency. I learnt a lot over the weekend and we can definitely carry that forward.

“There are a lot of positives to take into Hockenheim, the track is similar to Silverstone actually with some heavy braking areas and they’re both flat circuits. I’m really looking forward to the weekend and I feel we should be able to maximise our performance and results.”