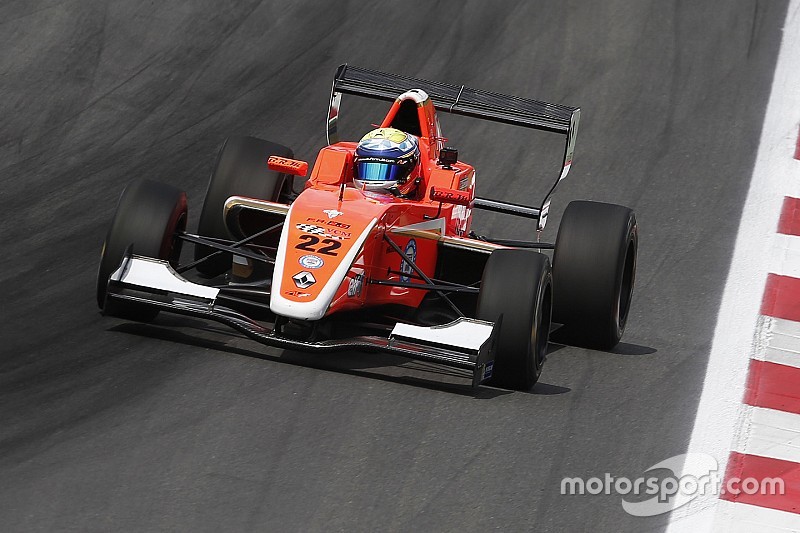 AVF's Harrison Scott converted his pole into a victory at Spielberg to take his second Eurocup Formula Renault 2.0 win in just three races.

Scott took the lead from pole off the line and despite coming under massive pressure from Lando Norris on the opening lap, the AVF driver held off the championship leader's advances.

Norris then had to switch his attention to Race 1 rival Max Defourny, who had to start third after he lost his best time as he recorded it under yellows.

Unlike yesterday, Defourny made a move stick on the inside of Schlossgold and defended from Norris' counterattack at the next corner.

The duo's fighting allowed Will Palmer and Dorian Boccolacci both close the gap.

It was Boccolacci benefitting from the situation as he soon went past Palmer and started to attack Norris.

However, Boccolacci's only overtaking attempt proved to be too deep and the Frenchman had to settle for fourth.

At the front, Scott's gap was over two seconds when Defourny claimed second and, even though the latter closed in on to half a second, Scott grabbed the win.

Scott's teammate Henrique Chaves took his top result in the series in fifth, having overtaken Palmer.