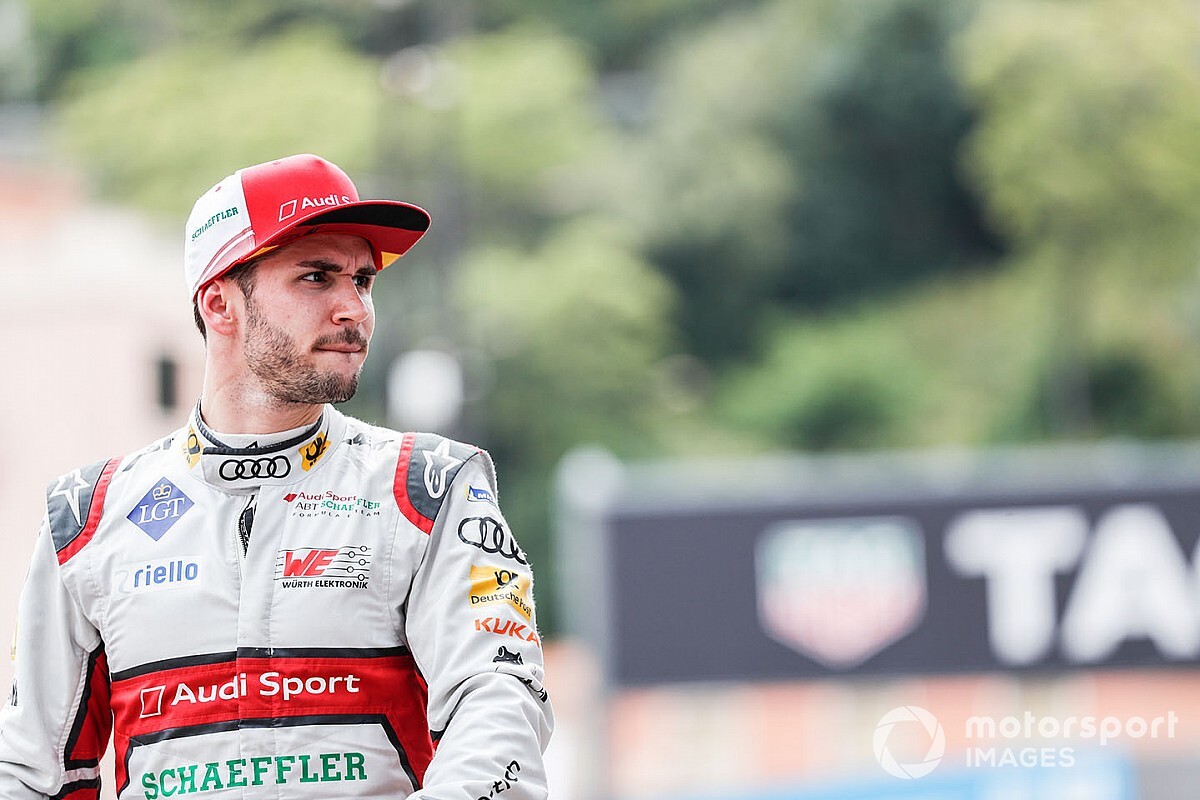 Daniel Abt says he was just trying to be "funny" when he cheated in Formula E's Esports series, explaining the reasons behind the stunt that has cost him his Audi drive.

Abt was suspended by Audi on Tuesday after it transpired that sim racer Lorenz Hoerzing took his place in the Berlin round of the Race at Home Challenge, confirming later that he will not race again for Audi.

In a 15-minute 'My Formula E scandal statement' video uploaded to his YouTube channel, Abt - who did not wear any Audi branded clothing - said he always planned for people to know Hoerzing had been driving.

He said: "When we were practicing for this Race at Home Challenge on a Twitch stream… we had a conversation and the idea came up that it would be a funny move if a sim racer basically drove for me to show the other, real drivers what he is capable of and uses the chance to drive against them.

"We wanted to document it and create a funny story for the fans with it."

Hoerzing was not mentioned by name in the video, and Abt added that he had not anticipated how the controversial move would might backfire.

He also clarified that the swap was a shared idea and that no money changed hands.

"It is also very important to me to say that it was never my intention to let another driver drive for me to get a result and keep quiet about it later on just to make me look better," Abt said.

"When I drove this race on Saturday, the other drivers reacted to it of course and realised that there was something odd. I was aware of that.

"It had never been my will or idea to keep this secret from them. We even texted in WhatsApp groups and I gave some hints."

Abt was fined €10,000 by FE and the 27-year-old German said he immediately donated the money to a charity which helps to mobilise the disabled.

"Shortly after the race, I realised myself that it did not end there and it suddenly went in a direction which I had not ever been able to even imagine in my dreams that this would happen," he continued.

"I can understand that we went too far with this idea. We made a huge mistake there.

"I stand by this mistake. I accept it and I will carry all the consequences for what I have done.

"This virtual delict of mine has real consequences for me because today I was informed in a conversation with Audi that our ways will split from now on.

"We won't be racing together in Formula E anymore and the cooperation has ended. It's a pain which I have never felt in this way in my life.

"At the end, there is only to say: you make mistakes in life. I feel like I couldn't fall any deeper. I'm on the ground but I'll get up again."

Abt closed by apologising to his family, friends, Audi, FE and UNICEF.