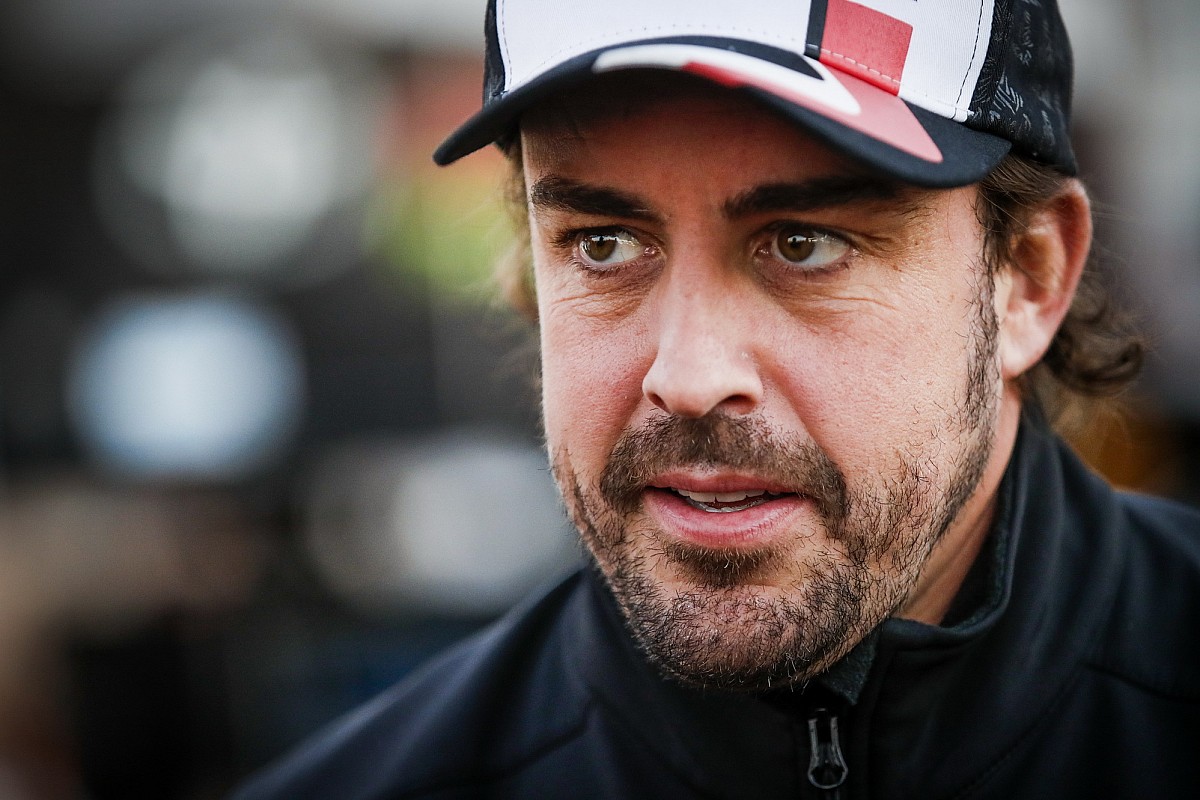 The Le Mans Virtual entry of former Formula 1 stars Fernando Alonso and Rubens Barrichello has retired after what Alonso called “a combination between human error and a game glitch”.

The FA/RB AllInSports #14 entry – which the ex-F1 drivers are sharing with sim racers Olli Pahkala and Jarl Teien – had stopped out on track on the entry to the Mulsanne corner shortly after Alonso entered the pits during the early running of the race, which is a collaboration between the World Endurance Championship, the Automobile Club de l'Ouest and Motorsport Games.

Alonso explained in a video posted on Twitter that as he was travelling down the pitlane, the car was hit with a penalty for an incident he had had with the #94 Porsche being driven by Simona de Silvestro.

This meant he was unable to take on fuel as the software directed his car to serve its penalty without being serviced, which led to his on-track stoppage.

“A combination between human error and a game glitch put us in a bad situation.

“I think the race directors gave us a penalty when we were on the pitlane, which is a little bit unusual, and the game doesn’t allow you to block that penalty – to serve it a lap later, at least to put [in] fuel.

“So it serves the penalty but doesn’t put [in] any fuel or tyres, so we didn’t have fuel for the following lap.

“That glitch and probably that penalty when we were on the pitlane was not expected for anyone.

“Unfortunately not the race we were hoping for, and we did I think good preparations, so we will have fun on the next one - on the next 24.

“Let’s see if we can choose another race soon with this super team and let’s enjoy.”

The Max Verstappen/Lando Norris #20 Team Redline car led the race by nearly 30 seconds approaching the end of the fourth hour, with the McLaren F1 driver at the wheel.