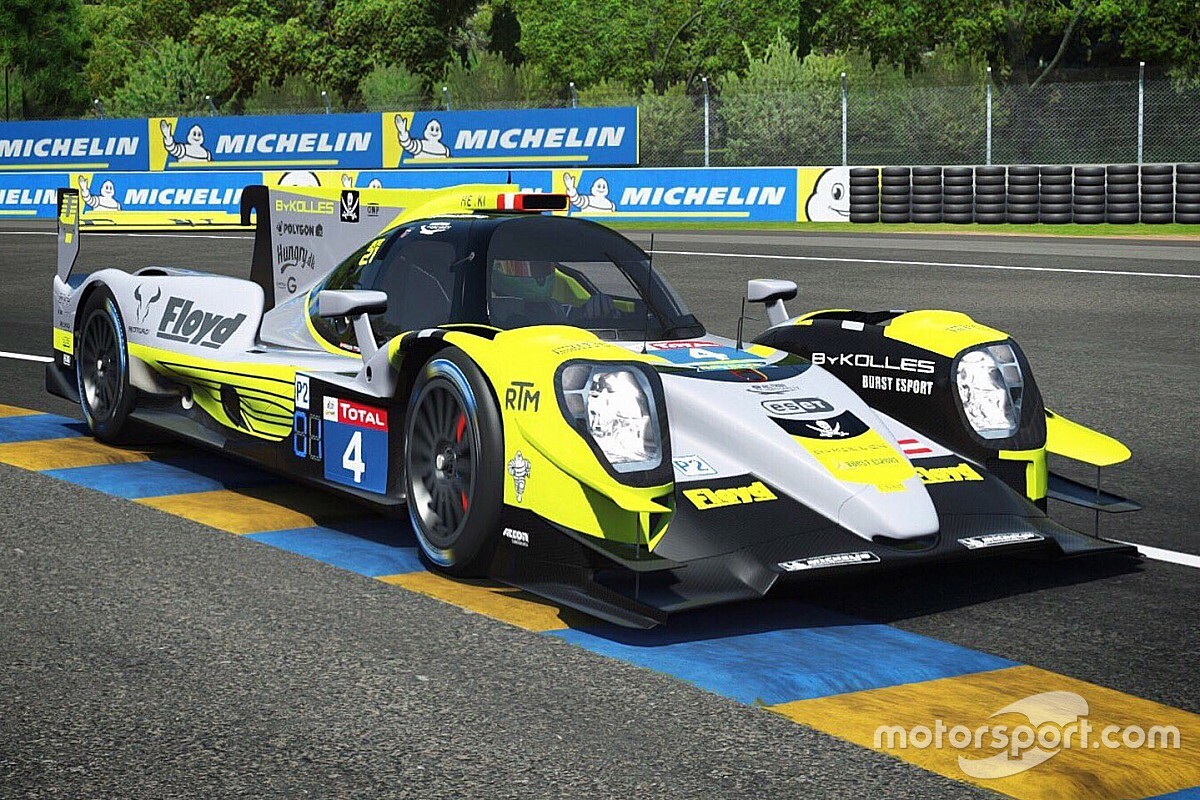 Organised by WEC, Automobile Club de l'Ouest and Motorsport Games, this virtual endurance race will take place on the original weekend of the real-life 24 Hours of Le Mans prior to its postponement to September.

Starting the race in second place is a WRT-backed entry featuring GT drivers Dries Vanthoor and Kelvin van der Linde and rounding the top three on the grid is the 2 Seas Motorsport entry headed by Formula E ace Oliver Rowland.

In fourth place is the first of a quartet of virtual cars from LMP1 privateer outfit Rebellion Racing, whose entries are supported by Williams Esports.

Formula E Race at Home Challenge champion Stoffel Vandoorne was one of few real-world drivers competing in the session, and qualified an impressive sixth for Veloce Esports against a field mainly comprising sim racers.

The two Redline-backed JOTA entries placed seventh and ninth on the grid with the second of the Rebellion/Williams cars – featuring Haas F1 reserve Louis Deletraz and Mercedes factory GT star Raffaele Marciello – sandwiched between them in eighth place.

Porsche dominated the GTE class with three of its cars in the first four positions.

Motorsport.tv and Motorsport.com will stream the entire event, with coverage starting from 1:30pm BST on Saturday. There will also be full coverage of all the action and updates across the Motorsport Network's websites and social media accounts.

Why real-life drivers could surprise at virtual Le Mans

Who are SAFEIS and why are they racing into the spotlight?