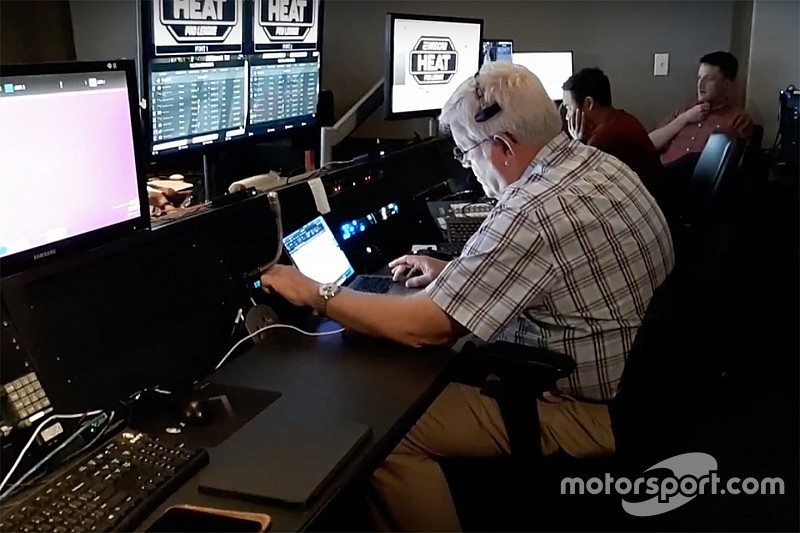 Former NASCAR race director David Hoots will return to the control tower on Sunday to call the first race of the eNASCAR Heat Pro League.

After working for more than three decades with NASCAR, Hoots called his final NASCAR Cup Series race in the Daytona 500 in February. Sunday, he’ll try out a similar position with on-line racing.

This is a new experience for the veteran race director.

“I definitely never thought I would be calling online racing,” said Hoots from his home in Winston-Salem, N.C. “I knew there was technology for online gaming but I didn’t realize what is out there until recently.

“I’ve been involved with the technology in the past but didn’t know all the details because I was always busy on the other side of the sport.”

Hoots stepped into the race director's seat last week calling a practice race and said the experience was a learning one.

“It was a learning curve for sure calling that race,” said Hoots. “Racing with the game has its own unique characteristics and while it’s racing, there are some differences. The racing is very realistic.”

The inaugural eNASCAR Heat Pro League race will begin at 3:30 p.m. ET on Sunday with racing for both Xbox and Playstation gamers to be held prior to the running of the Coca-Cola 600 at Charlotte Motor Speedway.

“The races are shorter and the action is pretty intense,” said Hoots. “Fans should enjoy watching the races because the drivers don’t have time to mess around. They have to get after it.

“It should be an entertaining and fun race for everyone.”

The Xbox race will begin at 3:30 p.m. ET, with the PlayStation 4 race kicking off at 4 p.m. Fans can watch live at CMS at the Trackside Live stage.

For fans not in Charlotte, tune in starting at 3 p.m. for pre-race coverage. All the action will be streamed live on NASCAR’s Facebook page and 704Games’ Twitch channel.