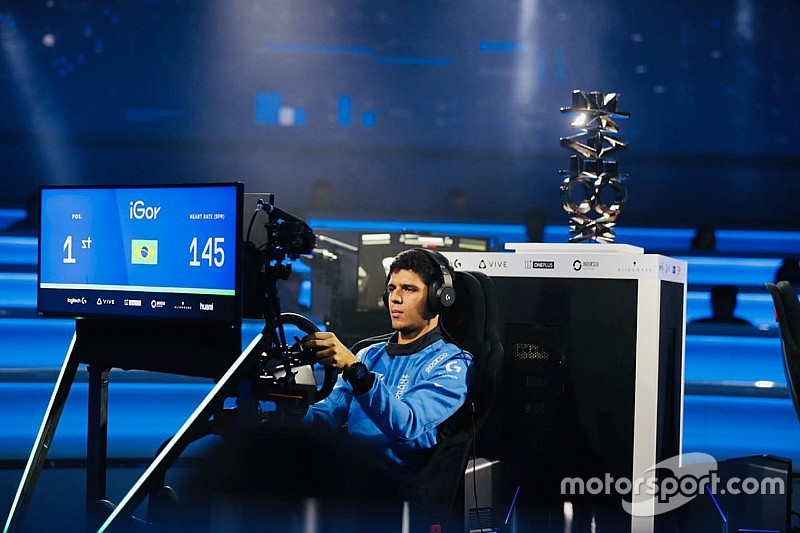 An Esports competitor could race in Formula 1 within the next 10 years, according to F1's head of marketing.

While simracing has been a popular branch of motorsport for a long time, it has been embraced and professionalised by many leading championships in recent years, including NASCAR and the Le Mans 24 Hours organisers.

F1 has its own official Esports championship that comprises entries from every team except Ferrari, while McLaren has its own project as well that rewards the winner – which last year was Brazilian Formula 4 racer Igor Fraga – with an F1 simulator role.

Asked about the possibility of an Esports driver making it to F1 within the next 10 years, F1 head of marketing Ellie Norman referenced ex-F1 driver and Formula E champion Lucas di Grassi's defeat at the hands of simracer Enzo Bonito in January's real-world Race of Champions.

"I would definitely say 'watch this space', especially after the Race of Champions," she said.

"That crystallised Esports as a profession versus it being just a game. I think 10 years, the speed in which technology changes is phenomenal. So that could happen within that timeframe."

F1's Esports campaign ended with Mercedes' Brendon Leigh winning the title for the second year in a row.

That was held as part of the FIA's desire to bridge the gap between online racing and the real world, and Norman believes F1's experience means it "will be a matter of time before we see the convergence of these worlds getting an absolute overlap".

"That's a really exciting apex that's going to come," she said. "You can satisfy various audiences.

"You have this physical race on track, for some people that might be the only thing he's going to want to watch, whether that's on TV or at the race track.

"But there's a whole new audience that wants to watch the race whilst they are virtually racing themselves at the same time. That will be their experience of F1.

"That isn't wrong for either party, it's just how they're choosing to enjoy the sport."