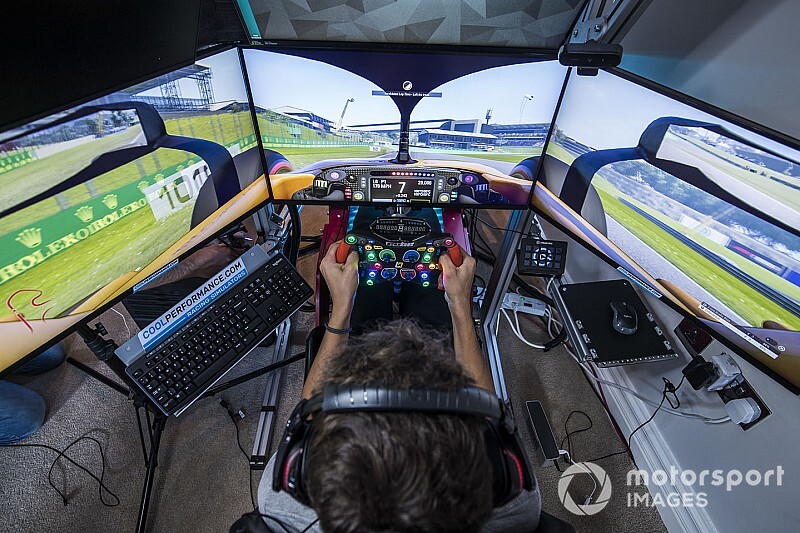 A field of racing drivers including six Formula 1 stars have raised over $33,000 for COVID-19 relief efforts in the first round of a new Esports series.

The six-round ‘Race for the World’ series, solely organised by drivers, is aimed to entertain fans during the mass postponement of motorsport as well as attempting to raise $100,000 for the World Health Organisation’s COVID-19 Solidarity Response Fund.

The series is spread over three nights this week, with one-shot qualifying and 25% distance races at a randomised track. The rules and driving standards are relaxed.

Many of the drivers, including Virtual Grand Prix winner Charles Leclerc, stream their perspective on Twitch with an open communication link between all 20 drivers.

Abu Dhabi played host to the opener, but it quickly descended into chaos and required a restart when the lobby settings accidentally had the cars ghosting permanently. Alexander Albon beat Renault junior Christian Lundgaard to pole position. The pair raced into an early lead while the rest of the field was involved in multiple incidents.

Formula 2 driver Lundgaard was able to jump Albon in the pitstops and would have won the race had the drivers – at the request of their fans watching the Twitch live-streams – not decided to make their own safety car. Predictably, this resulted in a chaotic self-adjudicated restart halfway down the back straight. Lundgaard was fired off the road while Albon survived to take the race one win.

The driving standards for the second race at Silverstone were much improved. Lundgaard took pole but it was Arthur Leclerc who was able to take the lead into Turn 1 on the opening lap. A forceful defence of his position on the exit of Luffield allowed Charles Leclerc to sneak past for Lundgaard for P2.

Lundgaard eventually recovered to take second behind Arthur Leclerc. Luca Albon took third place ahead of Norris and Charles Leclerc, who accidentally put on the hard tyres at his pitstop instead of the medium tyres. Latifi beat his teammate George Russell to sixth place, with Deletraz, Courtois and Salvadori rounding out the top 10.

The drivers promised for a better-organised and cleaner second round which will take place at 1pm ET / 6pm BST on Tuesday 14 April.

For more on the exciting world of Esports, check out Motorsport Games.