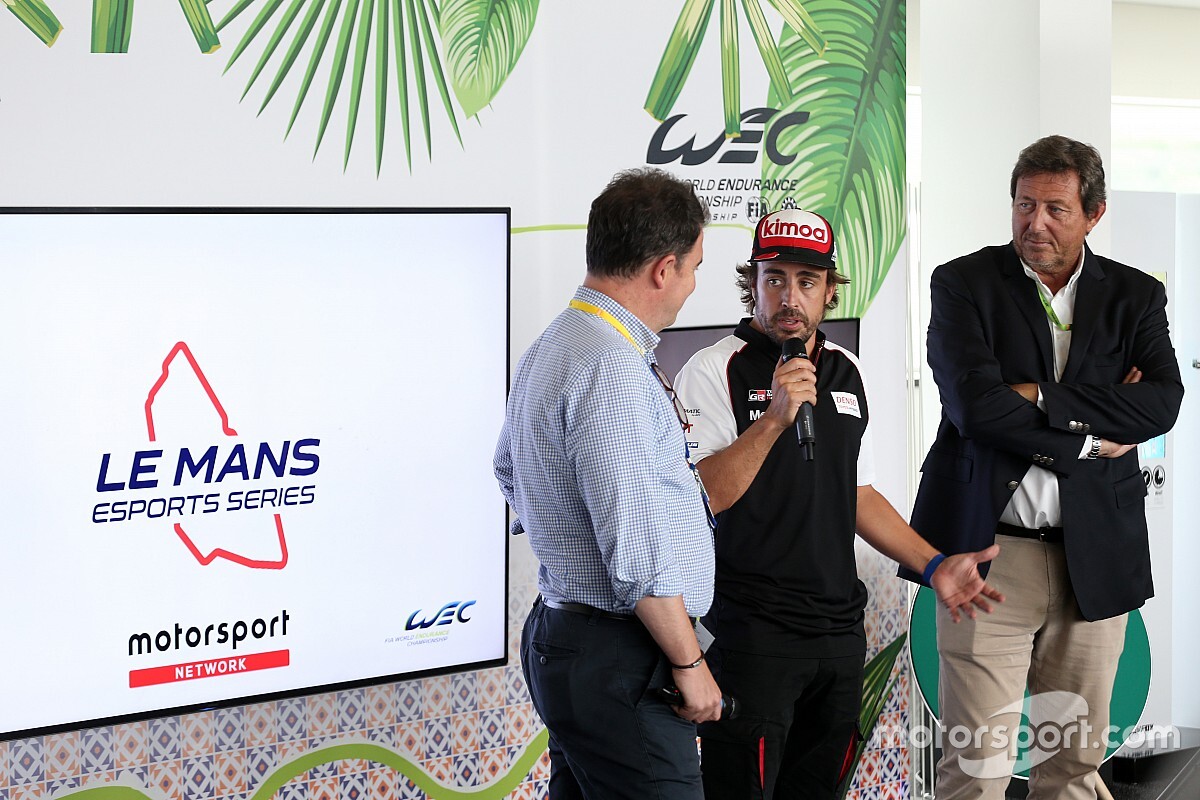 Fernando Alonso says the Indianapolis 500 is the kind of gala motorsport event that would benefit from a major esports event similar to this year’s 24 Hours of Le Mans Virtual.

Speaking ahead of qualifying for this year’s delayed real-world Indy 500, Alonso told the media that the growth of esports is such that every series should take note – especially those with “iconic races”.

In June, Alonso took part in Le Mans 24h Virtual – a joint venture between the ACO, FIA WEC and Motorsport Games – with drivers racing on 170 simulators worldwide in 50 entries. The event took place on the original 2020 Le Mans 24 Hours date, as the real event was also delayed due to the COVID-19 pandemic.

“I think these couple of months of pandemic, because of the virus, esports made a huge step,” said Alonso. “I was very active in things, like the Le Mans Virtual that has been the biggest racing esports event to date.

“Not only I have been busy preparing for the race – because I joined the team with Rubens Barrichello and some other friends – but also as a stakeholder of Motorsport Games who put on this great event with many technical challenges. At the end we had more than 14 million viewers, which is an amazing thing for the esports.

“Right now, talking to you in IndyCar, why not in the future have a great event with Motorsport Games to have also Virtual [Indy] 500 with another 14 or 20 million viewers? Because this race is something unique.”

Alonso says he’s a fan of esports because it encompasses many aspects of the sport and brings together motorsport stars and fans alike at a time when the majority are unable to attend real-world events.

“I think not only drivers, but fans, promoters, sponsors, different series, they've been enjoying a growth of maybe three or four years, even 10 years, only in two or three months,” he added. “That shows many people it was good timing to open the eyes of an unlimited possibility that we have with esports and gaming.

“I'm happy that many people discover this direction, especially in the iconic races. Le Mans Virtual had 200 top drivers from the real world competing, and I think that opens the door for many, many possibilities.”