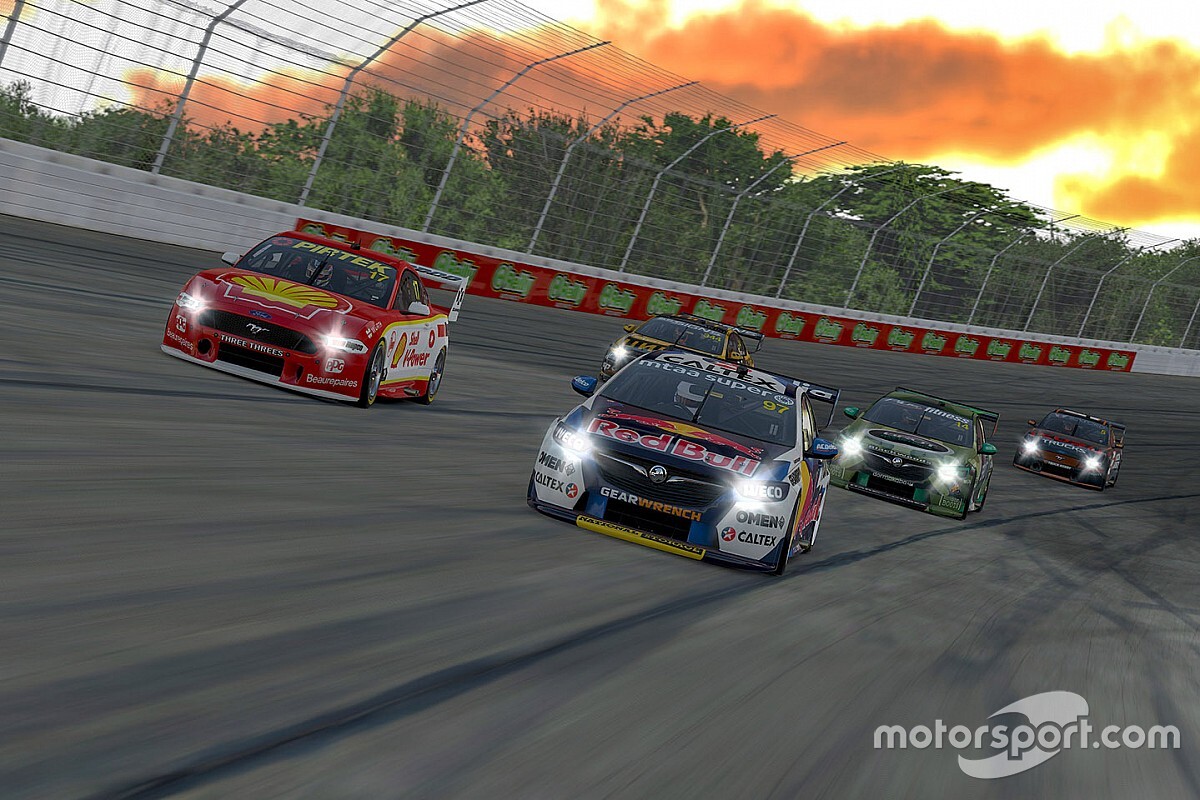 Supercars has settled on a high-stakes two-race format to determine who will be crowned its inaugural All Stars Eseries champion.

The 10th and final round of the virtual series will take place this Wednesday night, with Shane van Gisbergen and Scott McLaughlin set to do battle for the title.

In a bid to add extra spice to the title fight, Supercars has elected to move away from the three/four-race format in favour of a high-stakes two-race format.

The races, one at Oran Park and one at Bathurst, will be half and hour long and worth 150 points – which means van Gisbergen's 78-point advantage could swiftly disappear with a bad result.

McLaughlin, meanwhile, will need to finish at least 10th at Oran Park to ensure the title goes down to the Bathurst finale.

The trophy presentation for the champion will take place during the resumption of the Supercars season at Sydney Motorsport Park in a little under three weeks.