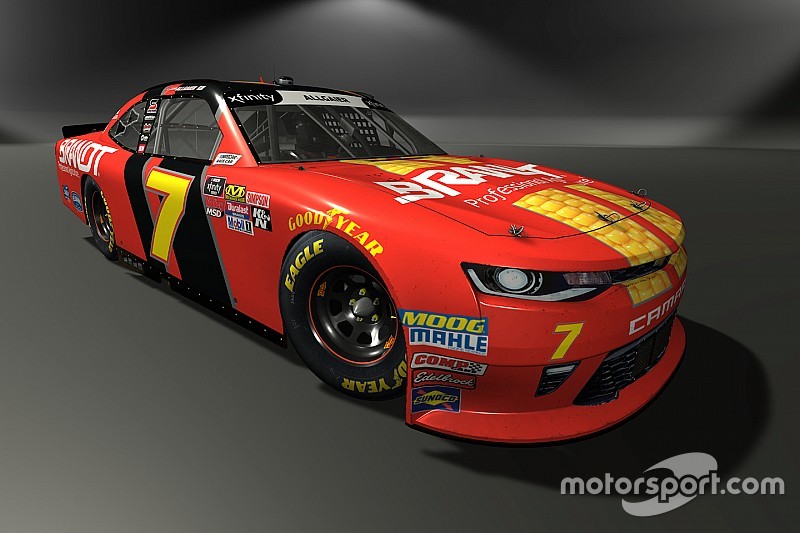 Ahead of the season-opening race to be held during Memorial Day weekend, Motorsport.com will feature drivers from each team that were drafted earlier this year.

The drivers, one each selected to participate in the PlayStation and Xbox divisions for all 14 participating NASCAR teams, will compete in the 16-race season.

The next team to be feature is the JR Motorsports race team and their two first draft picks Tyler Dohar and Jason Keffer.

Since I started gaming in 2005, I've gotten much more involved in NASCAR by watching flag-to-flag every race that has been televised. I've also visited the Charlotte area on multiple occasions to see the various race shops and museums.

Why do you prefer using Xbox?

Xbox one X for superior performance.

Being around the community for so long, I had been waiting for any opportunity to get noticed. The pro league was a perfect way to do that.

By putting myself in the best position possible to win every race, either on speed or strategy. I've always got a trick up my sleeve.

My master's degree is in Business Administration and my undergraduate degree is in Opera Performance. I sing barbershop actively and still involved in choirs at Bowling Green State University (my alma mater).

I have been interested in NASCAR since 1997 when I watched my first race, which was won by Jeff Gordon (Daytona 500).  It was always fun for me to watch and travel to the races but playing NASCAR Heat, Heat 2 and now Heat 3 has somewhat changed the outlook of racing for me.  When Jeff Gordon retired, I was kind of searching for a new driver. I began to follow Chase Elliot naturally as he took over for Jeff Gordon as well as all the Hendrick drivers.  NASCAR Heat has allowed me to play as other drivers (particularly in the Truck and Xfinity Series) and learn about the up and coming guys such as William Byron. Now I have more of an interest in the guys who move up the ranks to Cup and follow them more closely than I did a few years ago.

Why do you prefer using PlayStation?

I have always had a PlayStation.  Going back to the PS1 days then to the PS2, PS3 and now PS4 I have stayed loyal to what Sony has provided.  I think the game plays great on this console and in my opinion the best overall group of racers are on PS4. I want to race with the best and beat the best and it seems to me the best are on PS4.

I have done many things in my life such as joining the the Air Force at 17, which is uncommon. Even more uncommon is that I joined the Air Force as an enlisted Air Crew member which very few enlisted Air Force members get to do.  After flying for 3 years (not a pilot but crewmember on AWACS) I decided I wanted to become an Air Force Office of Special Investigations Agent (AFOSI). This was another Air Force job with a highly selective process and even few get to become Federal Agents with the Air Force.

Again, I applied and was selected as a candidate and graduated from the AFOSI Academy in 2007 as a Special Agent. I deployed to Iraq in 2009 and participated in some amazing operations in fighting the War on Terror. Following my tour in Iraq I was assigned to the Foreign Dignitary Protective Service Detail in Washington D.C. where I conducted Protective Service Operations for Foreign guests of the Secretary of Defense.  Again during that tour of duty I was able experience something only a few ever will.

Once my enlistment ended, I decided to utilize my GI Bill and attend West Virginia University (WVU).  During that time, I took on the challenge of becoming the Veterans Council Student President during my senior year and organized an annual Golf Tournament to raise money for the student veterans, which still runs to this day.  Following graduation, I moved to Charlotte, NC to take a job in banking where I conduct Financial Crime Investigations for one of the five Major banks in the United States.

The reason I state all of this is because I have always wanted a challenge and I have always worked to be part of something that very few do.  When the Pro League was announced I decided that moment I wanted to be a part of this and I was going to work as hard as I could to show what I have when it comes to racing and marketing and I would give 100% at all times.

I also love racing and NASCAR and the fact that I could become of member of real team was amazing. All of the things I have done in my life but this, even though yes it is a video game has to be the most exciting so far. To be able to be a member of a team like JRM which is owned by a guy I watched race as a kid, I also watched Dale Sr. battle Jeff Gordon all those years (I was team Gordon though lol) and now here I am a member of Dale Jr’s organization.

It really is an amazing opportunity and I am extremely happy I tried out and would do so again in a heartbeat. I hopefully have also shown my daughter that to be involved in something like this and to get to this level takes a lot of practice. I usually race at night after she has gone to bed but she will ask me about how the races went the night before on our drive to school. I constantly remind her that yes I am playing NASCAR but I have to keep practicing and getting better and she needs to do the same for basketball which is the sport she loves.  Hopefully this has been another avenue for me to set a good example for her.

I have always been a patient driver.  To me there is no reason to race up to the front and wear your car out or cause issues early in a race.  Many people forget you cannot win the race on lap one but you sure can lose it. Many of these races seems to come down to some sort of strategy at the end regarding fuel mileage.  I will admit I do not usually have the fastest car on the track each week but I do believe I have the most consistent car each week. I believe if I can keep the car clean and free from damage we can be up front at the end when it counts and just hope the other guys on the track show me the same respect as I typically show them.

I have a Bachelor’s Degree in Criminology, 3 dogs (2 puggles and a Chocolate Lab/Pitt Mix), and  My family also owns a restaurant in Uptown Charlotte on Tryon Street called The Wooden Vine.

Get to know the eNASCAR Heat Pro League RCR drivers