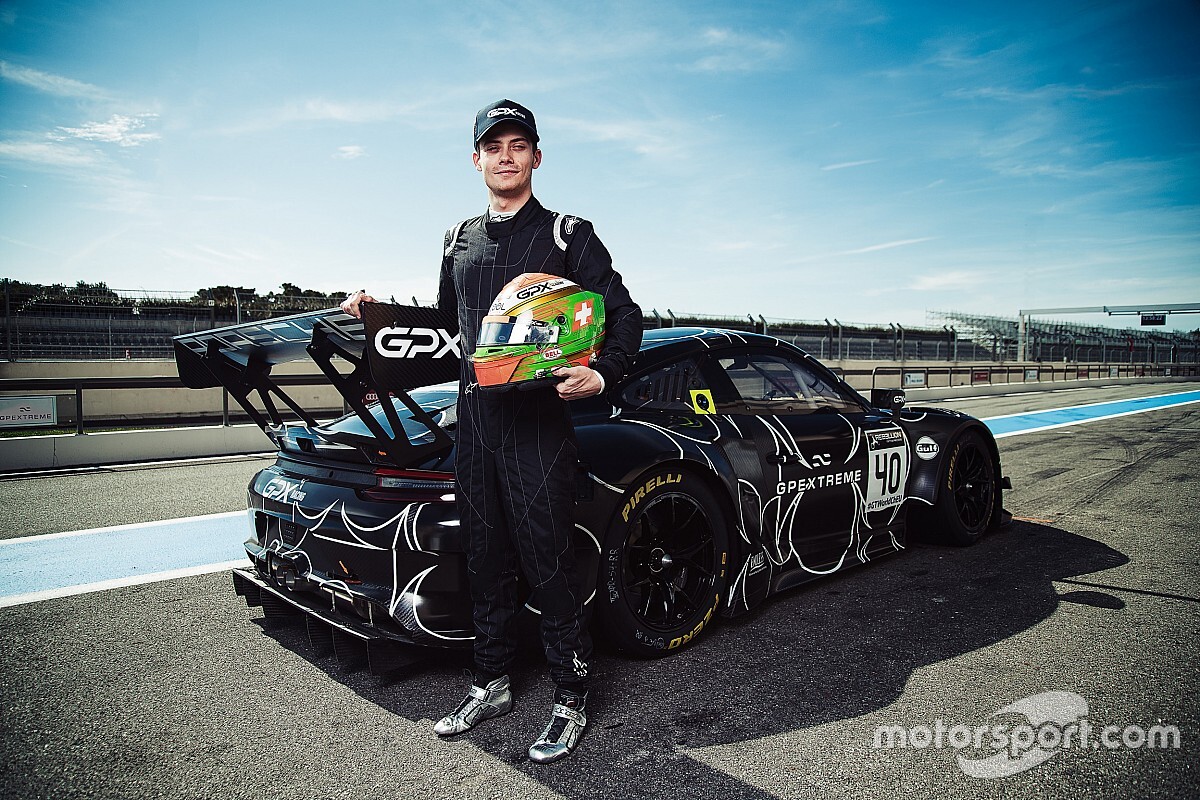 Haas Formula 1 reserve driver Louis Deletraz has taken the SRO GT Esports championship lead after winning the penultimate round of the series at a virtual Catalunya circuit.

Prior to the fourth round of the GT World Challenge Europe’s sim racing series on Assetto Corsa Competizione, Deletraz was the only driver to have scored points in each of the first three races.

Having been denied his maiden win in the series by just 0.070 seconds in the previous round at the Nurburgring, Deletraz responded by taking his first pole position of the season in his virtual Porsche 911 GT3 R, ahead of the Porsche wildcard entry driven by International GT Open driver Federico Leo.

Deletraz was able to survive early pressure from Leo and he broke away from the sister Porsche when Leo became engulfed in a battle for second with Audi drivers Lorenzo Marcucci and Arthur Rougier.

Their battle enabled Deletraz to build a comfortable advantage at the front of the field. He held that advantage until the chequered flag, claiming his maiden victory in the series.

With just over 15 minutes of the race remaining Marcucci, who led an Audi one-two at the second round of the season at Spa, was able to navigate his way past Leo on the exit of the Turn 10 left-hand hairpin.

Leo took third on his debut in the series, but his wildcard status means he's ineligible for points so ex-Renault junior Rougier took his maiden podium and earned his first points since the season opener.

McLaren factory driver Ben Barnicoat was caught up in an opening lap incident at the first turn, which dropped him down to 19th place. He climbed back up the field but could only get as far as 12th place, which means he drops from first to third in the championship standings.

Deletraz heads into the final round of the season with an advantage of 10 points over Marcucci, with Barnicoat a further six points adrift.