Meet Haas’s new signing: From racing on a keyboard to F1

Since the brakes on Tomas Enge’s Prost failed during the 2001 Brazilian Grand Prix, the Czech Republic’s Formula 1 fans have been waiting for one of their own to reach the pinnacle of motorsport. And now a duo are about to do so – albeit in the virtual world.

A couple came within touching distance in the real world too: Jan Charouz and Josef Kral both tested with F1 teams with the latter claiming to have secured a full-time drive with HRT for 2013 before the team folded. However, all fell short of reaching the big time until July’s Pro Draft for the second F1 Esports season, which saw Haas pick Czech pair Martin Stefanko and Michal Smidl to represent the US team. 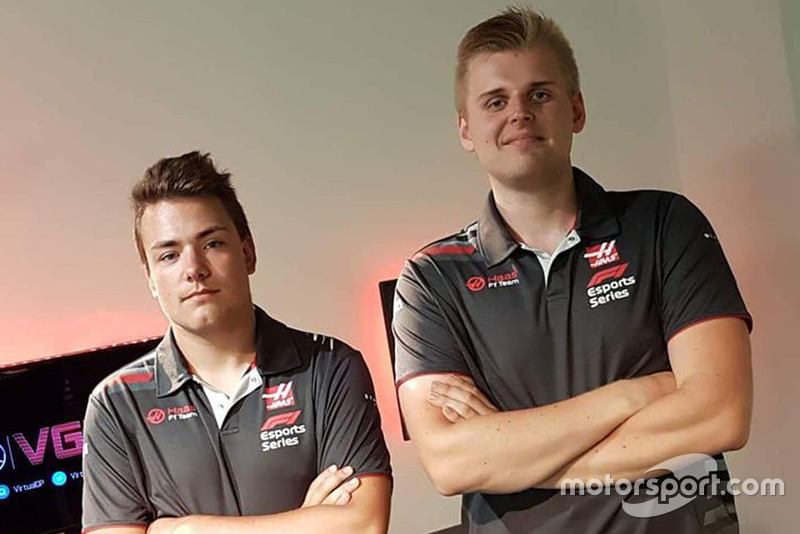 Stefanko’s journey to becoming his country’s (joint) first driver F1 driver in nearly 17 years started off with typically humble beginnings. Like many rookie sim racers, he started his online racing career on the keyboard before eventually switching to the wheel and pedals.

“The first time I tried sim racing games was when I was eight or nine years old,” Stefanko told Motorsport.com. “I started racing online when I was 11, on rFactor, with the keyboard for the first few months. It wasn’t ideal as you can expect, but then I got my first wheel and started from there.

“The success started coming in 2015, when I started winning Czech rFactor competitions – I won two titles in the biggest Czech league on rFactor in F1. Then I also won an endurance championship in 2015 on rFactor.”

Last year Stefanko reached new heights by triumphing in a thrilling season-long duel with his compatriot and at the time bitter rival Smidl – one of Team Redline’s finest. Stefanko subsequently won a test in a Formula Renault 2.0 car, as a prize for winning the prestigious Virtual GP title.

“That was a big success for me," he says. "I had the test in November last year. The conditions were quite tricky because, first of all, it was really cold – It was like four degrees – and before I went for the test, it was raining, then it stopped just before I went out.

“When I started to come out of the pits, it started to rain again. I was like ‘oh God what’s going to happen now?’ I had wet tyres on so that was good for me. Fortunately for me, it stopped raining soon, and it was alright. The test drive was 20-30 minutes.”

Stefanko once again proved the transferable skills adopted by sim racers, by impressing the team principal behind the team running him in the test at the former ELMS circuit Most Autodrom.

“The team principal actually said it was the best test drive he’d seen in the past three years, and he’s seen a lot of European talent,” he says.

Another success came in the form of beating the aforementioned GP2 race winner Kral head-to-head on a simulator.

He adds: “Josef [Kral] visited our studio in Prague, where we’re racing in the Czech Championship, and we had a little competition on Project Cars 2 with the Ferrari 488 at Spa, and I managed to beat him in qualifying by one and a half seconds. Then in the race, I had half a minute gap so that was pretty good.

“It was a nice experience to get to know him. He’s a GP2 race winner so pretty happy with that.”

He also recently beat another Czech racing star Enge’s lap by nearly seven-tenths at a recent F1 2018 launch event as well as his Haas team-mate Smidl. 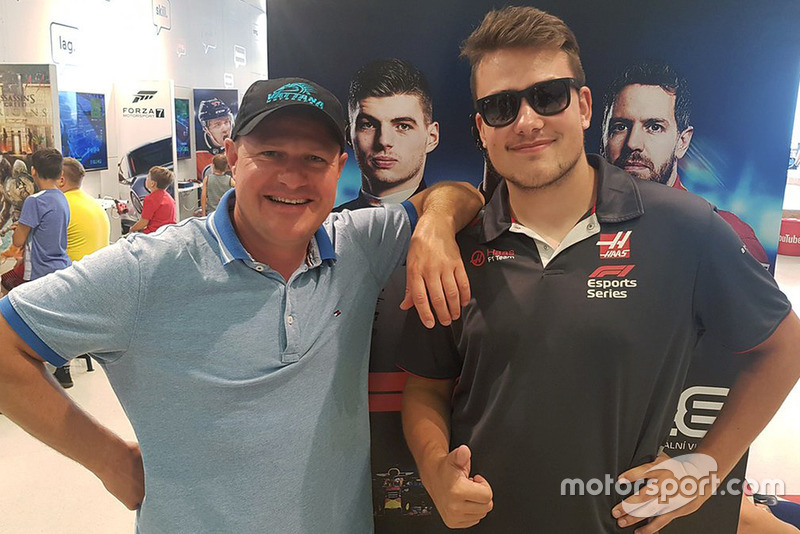 Prior to the Pro Draft, Stefanko faced a tough period trying to replicate his career highs, until qualification opened for the second F1 Esports opened.

“This year, apart from F1 Esports, not so much success I would say but in the last few weeks, it’s started to get a lot better, I started to perform,” he says.

“F1 Esports really boosted my confidence and it also got me much more into sim racing than before. From then on, I wanted to work on myself and work on my results, I want to keep improving my knowledge, of setups, and of both on the track and off the track elements. It’s a case of just trying to improve in every single way I can.”

At 19, Stefanko is one of the youngest drivers in the competition as well as perhaps been among those less known sim racers internationally at least.

“When I was little, when I was sim racing, I always dreamed about it getting big and all these official series and stuff like that, and now it’s here and I’m here to take full advantage of it,” he says. “I feel like I’m driving better than ever, and I’m still going to improve, there’s always something to improve.

“I’m getting better every single day, it’s good for me that sim racing is just booming now because I’m still very young and I feel like I have a very long and successful career ahead.”

Stefanko has achieved great success domestically, but the world stage awaits in October. He may not be the most high-profile or experienced sim racer in this year’s competition but his raw speed and passion for sim racing make this once-keyboard racing kid a real dark horse for F1 glory.